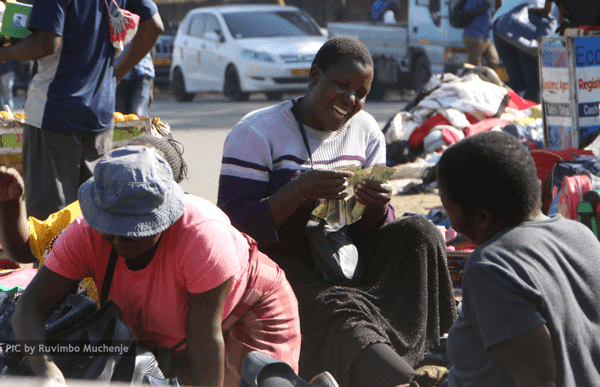 TURNING around Zimbabwe’s economic fortunes will require more than technocratic approaches and government should urgently create platforms for an inclusive and sustained dialogue, says a new report by a global independent policy research organisation.

“In many instances, those in government have made claims about immediate recovery of the economy and failed to deliver on those promises. The economy and its fundamentals, unlike other political affairs, cannot be run through propaganda. All these have contributed towards eroding citizens’ confidence in government,” the report reads in part.

“The production base of the economy is now narrower than before independence, disarticulated and precariously dependent on external factors and the policy and institutional capabilities remain very poorly developed. The economy is in a crisis.”

“Turning around the fortunes of the country will require more than technocratic approaches. There is an urgent need to create platforms for an inclusive and sustained dialogue,” it said.

SI pointed out that there is consensus across the board that the socio-economic conditions in the country have worsened for most of Zimbabweans since the 2018 elections.

“The optimism that characterized the Zimbabwean story soon after the November 2017 coup seems to have faded into the sunset and in its place, we have a renewed sense of despair, disappointment and confusion,” it said. The organisation said since August 2018, the country has been characterised by soaring inflation, high food prices, rising unemployment, shortage of fuel and power cuts that last up to 18 hours.

“It is estimated that the economy will shrink despite the urgent and real need for equitable growth. Many reasons have been given for the negative growth, including the drought, response to the devastation caused by Cyclone Idai,” the report reads.

“Wages have been eroded, thanks to an acknowledgement that the surrogate currency introduced through the back-door years ago is not equivalent to the United States dollar. Prices continue to track the rate of the US dollar against the local currency, but salaries have mostly been stagnant,” it added.