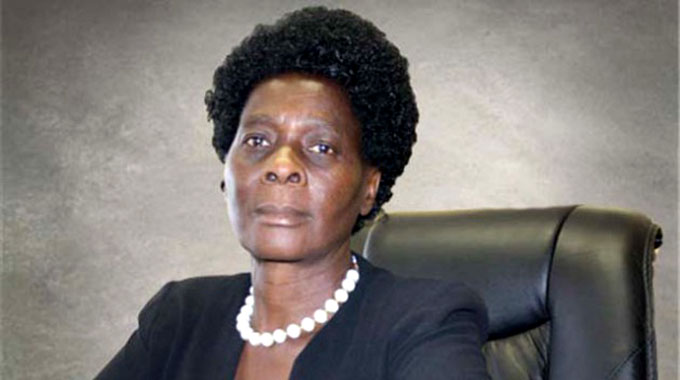 Zvamaida Murwira Senior Reporter
Government has set aside $4,2 million for the establishment of school laboratories and strengthening vocational skills as it seeks to attain Vision 2030 as enunciated by President Mnangagwa, a senior official has said.

Outgoing Secretary for Primary and Secondary Education Dr Sylvia Utete-Masango said $9 million had already been spent on the procurement of learning material, as her ministry strives to revamp the education system in line with the vision of the Second Republic led by President Mnangagwa.

Dr Utete-Masango said this during a meeting she held with teachers’ trade unions last week, aimed at sharing the new Government’s thrust as it related to their portfolios.

“We are mainly prioritising infrastructure in terms of rehabilitating some of our school buildings that need revamping,” she said.

“Whenever we build a new school, we should also prioritise teachers’ accommodation. We are also prioritising learning material, strengthening vocational skills and science.

“Government has set aside $4,2 million meant for procurement of science and laboratory equipment targeting primary schools as well.

“We are happy that so far we have spent over $9 million on procuring teaching and learning material and part of that funding came from Unicef.”

Dr Utete-Masango implored teachers to be conversant with the Government’s thrust on the education sector.

“We felt we should share with you the Government’s mantra and how it affects our ministry,” she said.

“What the new Government is doing is to revamp the economy.

“The approach being used is the 100-day cycle where each ministry will have to indicate their programmes and how it is impacting on the economy.”

In an interview, Primary and Secondary Education Minister Professor Paul Mavima said Government would repeal the Education Act and replace it with a new legal framework.

The new framework, he said, will look at various issues such as governance, how to deal with girls that fall pregnant, and corporal punishment.

“The Education Act should be aligned with the Constitution,” said Prof Mavima.

“It has to be repealed and we come up with a new law. The new law has to do with equalisation of learners.

“The biggest issue has to do with finances.

“We will deal with issues of corporal punishment and exclusion of girls who fall pregnant.”