Govt should do more than talking: Retailers 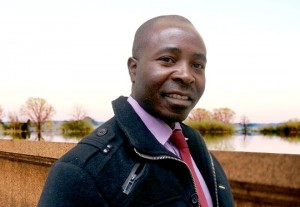 THE retail sector in Zimbabwe is expected to perform better in 2018 compared to 2017, spurred by a rise in embracing of plastic and mobile transactions by the general public. To explore more issues about the sector, NewsDay (ND) business reporter Mthandazo Nyoni interviewed Confederation of Zimbabwe Retailers president, Denford Mutashu (DM). Below are excerpts from the interview. DM: The retail sector grew in 2017 in terms of size and revenue, as there are more players that have turned to retail and wholesale as an outlet from poverty. The sector remains an attractive destination for domestic and foreign investment. The growth in the sector is spurred by a rise in embracing of plastic and mobile transactions by the general public while demand for goods and services grew during the year, as there was too much money in the economy. Electronic and mobile money transactions account for an average 80% via the formal retail and wholesale sector, and the remainder is attributed to cash purchases. The reverse is true for the informal sector.

Shop density has increased as even rural shopping centres are occupied, as opposed to 2016 which saw a high number of litigation against non-payment of rentals leaving a large portion of retail space unoccupied. We had more empty shops in 2016 than 2017. Currently, the competition for retail and wholesale space has intensified.

ND: What major constraints did the sector experienced last year?

DM: The sector faced many challenges ranging from manufacturers demanding cash for products, due to deepening liquidity challenges causing multi-tier pricing, as players sought to restore value on goods and services due to rising inflation. The year was characterised by price instability as demand for goods and services outpaced supply, as most manufacturers could not access foreign currency to import raw materials for production while allocations from the Reserve Bank of Zimbabwe and the financial services sector were erratic especially towards year-end.

Policy consistency and announcements are expected to improve in 2018 as in 2017 there were so many challenges in that regard. While the occupancy rate increased across big cities and rural district councils, it is sad to note that rentals are still very high, just like regulatory costs.

There is need to register all trading businesses in the country as the high rate of informalisation of the economy has promoted indiscipline, profiteering and rent seeking behaviour, which has also spilled into the formal players. The overall performance of the sector was still pleasing despite the challenges highlighted, while there is huge focus to improve sales per square metre, customer traffic and general quality of consumer basket.

Retailers and wholesalers are urged to reduce costs across the business and improve employee welfare, by adopting best international practice in dealing with labour relations.

Employees are an integral part of service provision in the retail/wholesale sector. While customer service declined in 2017, it is expected to rise in 2018 due to overall improvement in confidence in the economy, especially after the political changes that took place November 2017. However, employees should also take sense of ownership and improve commitment, reduce absenteeism and pilferage.

ND: What were your major achievements?

DM: Selected suppliers and manufacturers protected under Statutory Instrument 64 struggled to meet demand in 2017, a situation expected to change in 2018 especially looking at how the new dispensation is seized with the Zimbabwe is open for business trajectory, which will bring about the needed competition in the economy, thereby improving product availability hence reducing prices overally.

ND: What is your 2018 outlook in terms of the sector’s performance?

DM: The retail or wholesale sector is expected to perform better than in 2017 as there is political certainty despite the on-coming elections. Shelf space currently has seen 75% local products occupancy and the remainder being imports especially in formal stores while the reverse is true in informal retail space. However, there is still high dependence on import for raw materials in industry, which should improve the government’s command agriculture continue to bear fruit.

ND: What are your expectations from the new government?

DM: The retail and wholesale sector is fully behind the new dispensation and would like to believe that His Excellency the President of the Republic of Zimbabwe, Emmerson Mnangagwa will improve the fortunes of the sector and consumers in general.

The sector expects him to deal decisively on critical issues of foreign currency shortages, cash premiums, the resurgence of the cash parallel market, while also providing continuous improvement on SI64 as and when need arises. Issuance of import permits for selected goods should be expedited and the creation of money in the economy coupled with better strategies to fund the budget deficit will be welcome.

Retailers are urged to reciprocate government through responsible pricing, avoiding speculative and rent-seeking behaviour. The players just like the general public are urged to bank excess cash, so as to improve the liquidity situation in the economy and deal with multi-tier pricing. While government has pledged to work on the cost drivers in the economy to ease doing business and improve competitiveness, the clarion call is for government to do more than just talking.

The sector implores on the political parties to remain peaceful before, during and after the elections as business and investors are very sensitive and allergic to violence.

The government should deal decisively with the issue of vending and allocate them proper vending sites, away from registered retailers and wholesalers who have faced unfair competition despite them having to deal with salaries, rates, rentals and taxes among others.