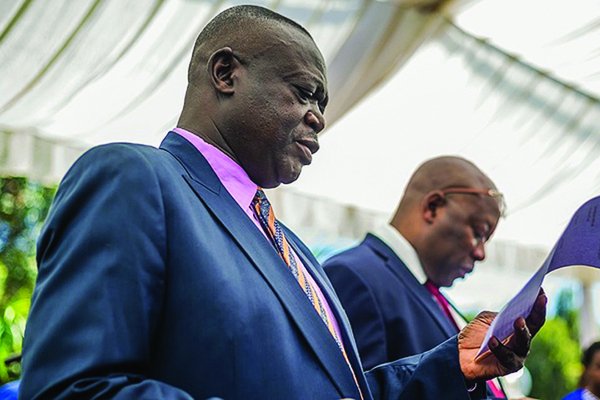 GOVERNMENT has reportedly begun an exercise to register white former commercial farmers interested in advance payments as compensation while waiting for full packages for losses they incurred during the 2000 chaotic land reform exercise.

At least 4 000 white farmers are still waiting for compensation more than 18 years after they lost farms during the often violent land reform exercise, which government defended as necessary to correct colonial land ownership imbalances.

Finance minister Mthuli Ncube in his 2019 Budget statement set aside $53 million to compensate the farmers, a figure that has, however, been described as not enough to address the compensation stand-off.

Lands minister Perrance Shiri and Ncube, in a joint statement on Friday, said advance payments would be made to interested former farm owners, while government mobilises the needed financial resources for a full compensation package.

“The process to identify and register former farm owners who want to participate in the interim advance payments scheme has now commenced and is being co-ordinated by the Commercial Farmers’ Union (CFU) and the Compensation Steering Committee, representing former farm owners,” Shiri and Ncube’s statement said.

“The registration process and the list of farmers should be completed by the end of April 2019, after which the interim advance payments will be paid directly to former farm owners by the Ministry of Lands, Agriculture, Water, Climate and Rural Resettlement. Government will put in place institutional arrangements to expedite the disbursements for these interim advance payments.”

It is estimated that government needs at least US$9 billion to compensate the farmers for their losses.

“Consultations on sustainable options for mobilising the requisite compensation resources are being explored in conjunction with the International Financial Institutions and other stakeholders.”

President Emmerson Mnangagwa has said the land reform exercise is irreversible, promising to compensate farmers who were hounded out of their land.