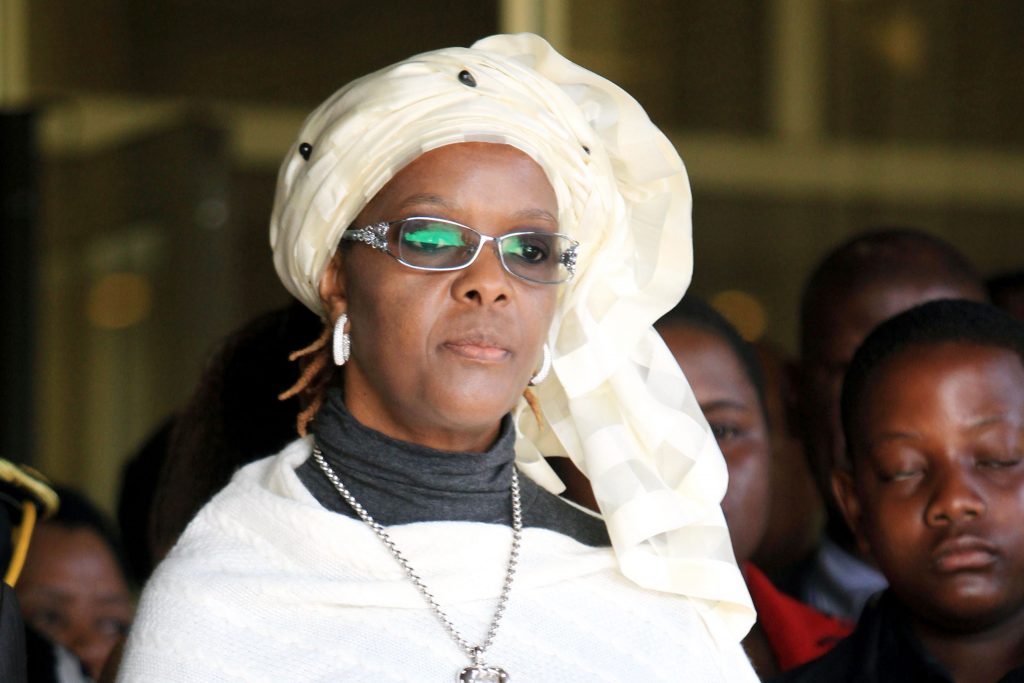 VILLAGERS forcibly evicted from Manzou Farm in Mazowe at the instigation of former First Lady Grace Mugabe (pictured), have taken government to court, demanding compensation for loss of property and dignity they endured, as the former First Family was seeking to expand its business empire. They are seeking compensation for loss of property and their dignity during the forced eviction from Manzou Farm.

In papers filed at the Bindura Magistrates Court, the villagers accused police of illegally evicting them without a court order.

“The facts giving rise to the claim are that on January the defendants and approximately arrived at Arnold Farm (known as Manzou Farm) armed with guns and baton sticks. They ordered the plaintiff and other residents to vacate the Farm, though they did not provide a court order,” the villagers argued.

Mukoore, in a sworn affidavit, said she suffered humiliation at the hands of the police, who assaulted him in front of his minor children, while they destroyed his two-roomed cottage, kitchen hut, five tonnes of maize, 17 bags of ground nuts and household furniture during the raids.

“At all material times the (Commissioner-General of Police) CGP and his team were aware that their actions were unlawful and they were acting within the course and scope of their employment with the Minister of Home Affairs and the CGM, and as such the two are vicariously liable for their actions,” Mukoore submitted.

The villagers accused the minister and police of violating the Constitution with impunity, while seeking to curry favour with the Mugabe family.

“The defendant’s actions were in clear violation of section 74 of the Constitution which provides that no person may be evicted from their home, or have their home demolished without an order of the court made after considering relevant circumstances. These actions were in clear violation of the Plaintiffs right to property under section 71 of the constitution,” Mukoore said.

“The plaintiff and her children suffered great humiliation, shock and trauma as a result of their home being destroyed in from of their community by police officers. They endured much emotional suffering and physical hardship having been rendered homeless and at the mercy of the elements.”

Of the total $50 000 compensation demands by the villagers, Mukoore is personally demanding $7 570 including cost of suit and interests from 2015.