Source: Govt ties down permanent secretaries to performance | The Herald

Permanent secretaries of Government ministries yesterday signed performance contracts for next year, the start of a new system where those managing the public service are now expected to perform to defined areas in line with key reforms for the public sector.

This new system and the electronic-enabled Whole of Government Performance Management System were inaugurated by President Mnangagwa at State House yesterday, as a major step forward in ensuring that the public sector is efficiently and effectively managed. 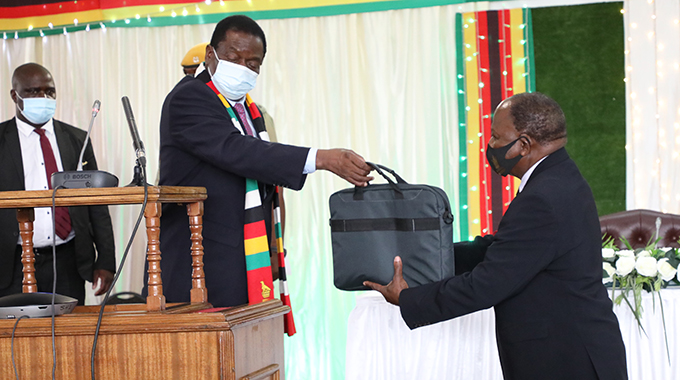 In his keynote address, President Mnangagwa said the launch was a historic milestone coming on the backdrop of the success of the Transitional Stabilisation Programme (TSP) and the implementation of the National Development Strategy 1. 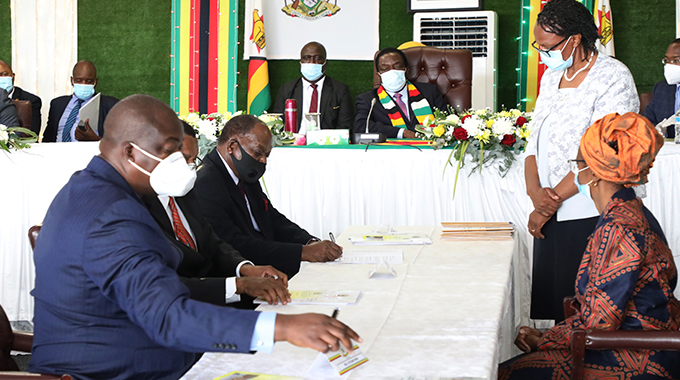 The stress is on what needs to be achieved, expected levels of achievement, timelines and reporting modalities.

The contracts signed by the permanent secretaries yesterday set out for each ministry the key deliverables for performance next year and include each ministry’s vision, mission, budget allocated for next year, key result areas, ministry national outcomes, ministry sector outcomes, and ministry programmes. 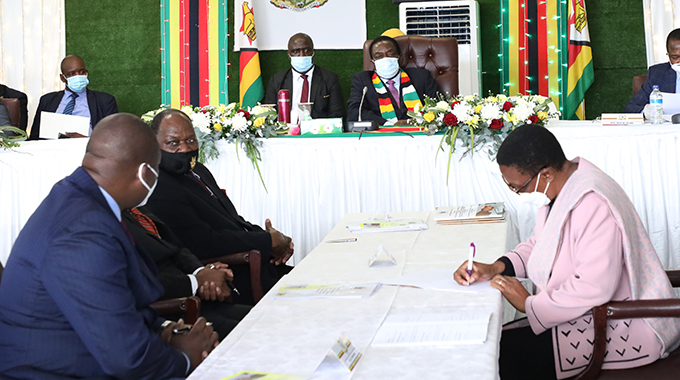 The contracts define tasks so that management can perform them systematically, purposefully and with reasonable probability of achievement, thereby making it possible to measure the performance of an institution, a manager and Government.

President Mnangagwa said the launch was an important step in the Government’s quest to achieve targets under Vision 2030. 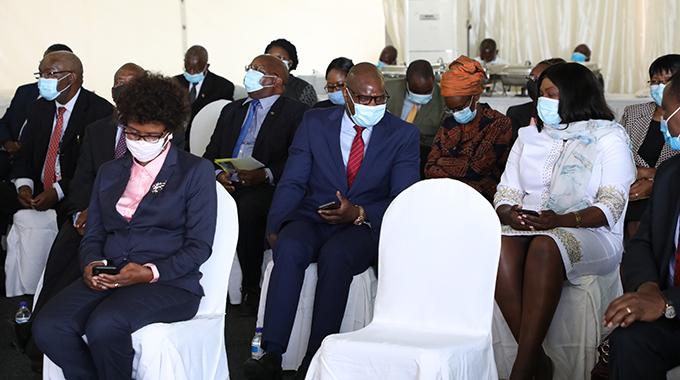 “This system is envisaged to result in robust public sector institutions and a leadership that is results focused.

“As I have said, the Second Republic is about action and results and all our activities should be streamlined accordingly to make positive and lasting impacts for the growth of our economy and overall improved quality of life for our people”.

The Constitution obligated the State to adopt and implement policies and legislation to develop efficiency, competence, accountability, transparency and personal integrity, among other virtues, at every level of Government. 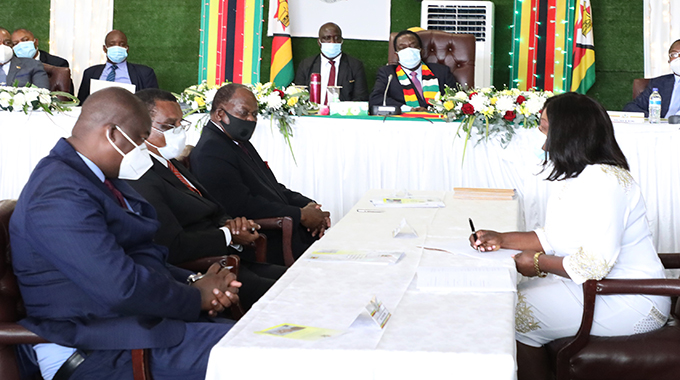 “Bureaucracy and old ways of doing business and resolving problems have no place under the Second Republic. To that end, I have put in place coordination architecture at the centre of Government. This comprise three apex agencies, which are the Office of the President and Cabinet, the Public Service Commission and the Ministry of Finance and Economic Development,” he said. 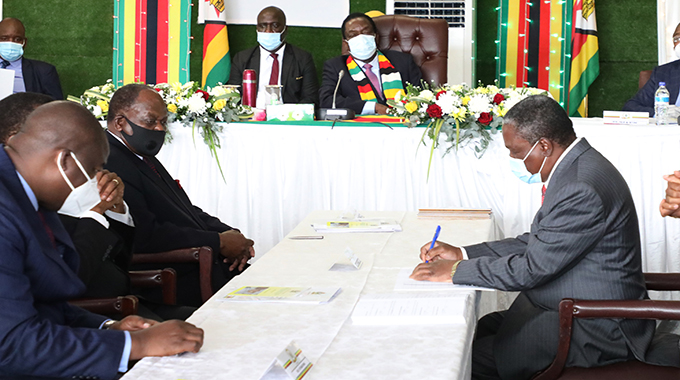 Under the architecture, Chief Secretary to the President and Cabinet Dr Misheck Sibanda will provide policy and strategic direction to the entire Government machinery, PSC chairman Dr Vincent Hungwe will ensure that the requisite human resources strategy to achieve Vision 2030 is in place, and permanent secretary for Finance and Economic Development Mr George Guvamatanga will provide the necessary resources to execute NDS1 in line with programme-based budgeting and fiscal policy provisions. 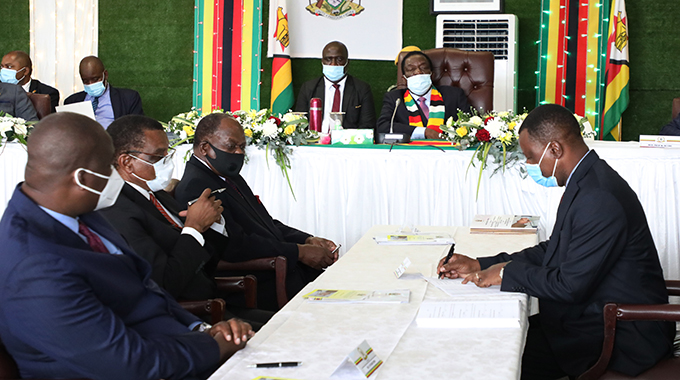 Performance contracts will be extended to heads of parastatals and State-owned Enterprises and local authorities, in line with the devolution agenda that seeks to promote provincial economies, and eventually even to Cabinet ministers. 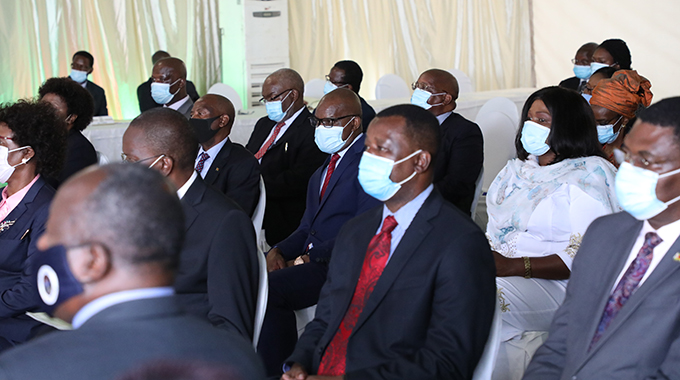 The President said the performance contracts would be uploaded onto the Whole of Government Performance Management System, which has been put in place to allow e-monitoring and evaluation.

“In all these processes, the active participation of the citizenry and other stakeholders will be taken into account as the overall performance rating of each individual permanent secretary will also incorporate the inputs from the public,” said President Mnangagwa.

He implored ministries to collaborate with institutions of higher learning to incorporate and support innovations they make, while public servants must serve the people, adding that there was no room for pompous and proud managers. 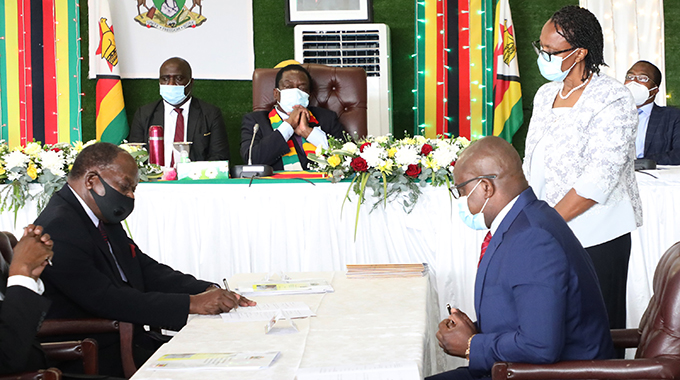 VP Mohadi said the contracts were an indication of the Second Republic’s commitment to improve people’s livelihoods through holding Permanent Secretaries to account.

He told the permanent secretaries that Government had entrusted them to deliver and warned that going forward, it would no longer be business as usual.

Finance Minister Professor Mthuli Ncube said performance was a key component of modern governance as governments were no longer judged on policy pronouncements alone, but tangible results like road networks, hospitals and schools, among others.