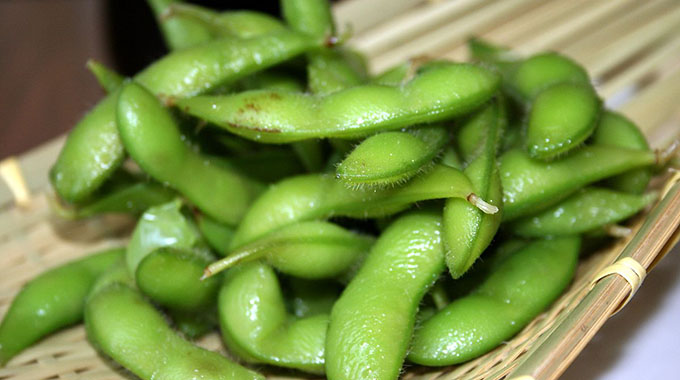 Livingstone Marufu Business Reporter
Zimbabwe is expected to import crude edible oil worth $200 million this year in an effort to supplement local production as it emerged the country’s soya beans harvest of around 50 000 tonnes falls short of national demand.

“We don’t have the actual figures of the number of tonnes that our farmers are going to attain but our latest estimates suggest that they will get close to 50 000 tonnes. Given that number the country will import over 250 000 tonnes to supplement the national demand.

“Given the current price of $780 per tonne, the country is expected to use close to $200 million on the importation of crude oil to produce edible oils,” said Mr Moyo.

From their estimated output of 50 000 tonnes of soya beans, local farmers are earning around $39 million.

Mr Moyo said though the newly gazetted soya price is going to promote production, there is need for robust Command Agriculture that will elevate the country’s soya beans production levels to around 300 000 tonnes.

Last year, Government had difficulties in mobilising adequate resources to plant over 100 000 hectares due to red tape of the previous administration.

The authorities this year are pursuing Command Soya and all planning and coordination is being undertaken under Command Centre chaired by the Office of the President.

Sakunda Holdings, who founded the 2016-17 agricultural season to the tune of $192 million, will this time work with financial institutions CBZ, Ecobank and Barclays to provide $48 million funding for soya bean production under the Command scheme.

The Government’s treasury bills will be held by CBZ and Ecobank and a point to note is that both Treasury and RBZ have mechanisms to monitor the status of the Treasury Bills issued in line with terms and conditions.

The TBs will be issued before the distribution of inputs as financiers are demanding security upfront.

This security will be provided in case farmers fail to pay or in the event of any catastrophe.

Agreements on the supply of inputs have been concluded and soya bean seed will be supplied by companies such as Seed Co, Arda Seeds and Pioneer among others while fertiliser companies include Sable, Windmill, Ferts Seeds and Grain (FSG).

Chemicals will be supplied by Fossil Agro, CP Chemicals and Cure Chem among other companies.

Soya beans produce 30 percent of cooking oil nationally, and its oil-cake, which is a by-product of oil extraction, is sold to livestock feed manufacturers.

Industry experts note that the country had never produced enough soya beans with the largest crop of 135 000 tonnes being produced in 2000.