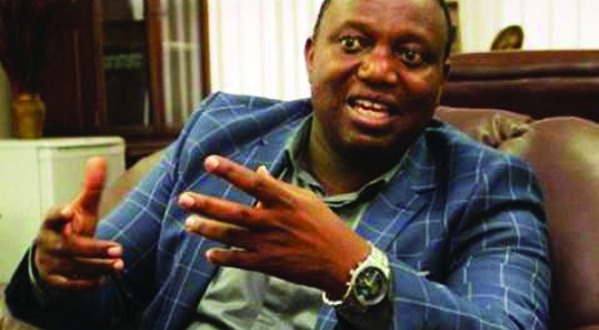 BY TAFADZWA KACHIKO
GOVERNMENT is working towards introducing an online passport application service with the view to curbing corruption currently rocking the application process.

“We are in the process of coming up with an integrated information communication technology (ICT) solution which will not just bring these physical structures to your doorsteps, but bring the actual service to homes through online services,” Kazembe said.

“Ideally, the passport application process in its entirety should be done within the confines of our homes.

“You see these people clapping – they are crying. People are being swindled at passport offices.  Corruption must come to an end. When people come to our offices, please let’s serve them with the dignity they deserve. Two or three should be arrested to set an example,” he said.

Passports seekers, who spoke to NewsDay, lamented the corruption at passport offices and expressed hope that the newly-opened office would operate transparently.

“Surely, corruption at the passport offices should end. You sleep in a queue at the offices and when the authorities come in the morning you will be surprised that you will be number 130. People are asked to pay bribes of US$20 to join or skip the queue. We pray that the system at Makombe offices doesn’t repeat itself at the new Chitungwiza passport offices. The authorities should be on the lookout,” Phyllis Vambe said.

A South Africa-based Chitungwiza resident Loveness Mugadza, who came back to renew her passport said: “I came back home with my US$318. It wasn’t easy to raise that money. I can’t just give away my hard-earned cash. Outside, they demand US$20 and inside, they also demand US$100 for us to be served. This should come to an end.”

Kazembe told the attendees that the decentralisation of the civil registry department to districts was meant to decongest provincial offices.

“Given that the passport application facility was restricted to 10 provincial offices, this had resulted in congestion. In response, my ministry through the Department of Civil Registry has taken a deliberate stance to improve service delivery through decentralised systems integration and infrastructure development. The decentralisation of passport services to Chitungwiza is the third 100-day project by the department.

“The ministry remains committed to further decentralise passport services and streamline passport issuance procedures.  In my view it will remove physical human interface. People have a problem that whenever they meet they want to bribe someone. With this online solution which my ministry is working on, that will be history.”