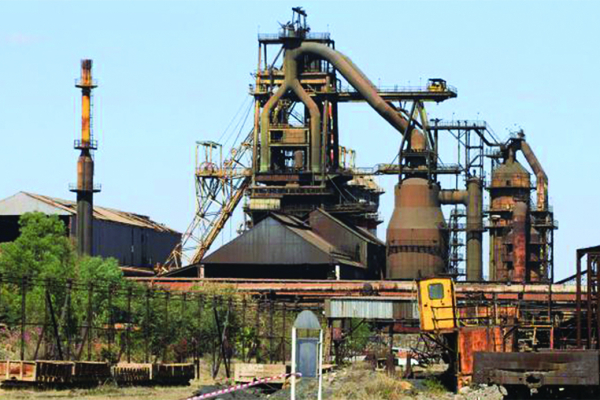 BUSINESS executives have urged government to take the resuscitation of the moribund ZiscoSteel seriously following the announcement of a new investor on Tuesday.

Government announced in a post-Cabinet briefing on Tuesday that Kuvimba Mining House had taken over ZiscoSteel.

During the late former President Robert Mugabe’s era, government said US$360 million was needed to revive the steel company.

“We are tired of announcements of deals which do not come to fruition when it comes to ZiscoSteel. This time, let us see implementation and Zisco working again. The revival of this company is important to the rest of the country as a lot of downstream industries will benefit from an operational ZiscoSteel,” Chikohora, who is also the past president of the Zimbabwe National Chamber of Commerce (ZNCC), said.

He said there had been several promises to revive ZiscoSteel, including the Essar deal involving an Indian company and another deal with the Chinese which did not yield anything.

Investigations on the collapse of ZiscoSteel had pointed to mismanagement, corruption and looting by government officials and top employees of the company.

Former ZiscoSteel chairperson Gift Mugano said government should learn from experiences in the operations of the steel giant to ensure its
revival.

“At some point when ZiscoSteel was still capacitated before its closure, there were fights among ministries because Zisco is a component which is aligned with the Ministry of Mines. You recall when I was there as chairman, there were certain challenges when certain procedures were violated, where Zisco was given permission to take over coking ovens,” he said.

“What needs to be taken seriously by government is to learn from past experiences. This kind of rash approach to a State-owned enterprise must not be allowed to continue. Clearly, we cannot ignore history concerning the corruption around Zisco.

“The technology at Zisco came from Germany, and we are now in the fourth industrial revolution, where things have changed to digital technology and the state of technology there (Zisco) is quite outdated.”

Mugano said government needed to look into the issue of machinery before throwing US$360 million into Zisco.

Economist Victor Bhoroma said the government promise to resuscitate Zisco could be an election gimmick.

“It is not the first time that such promises have been made, especially around elections. Early in 2010, Zisco invited a bidder for a 64% stake at the Kwekwe and Redcliff plant and many investors over the years have been invited but nothing materialised.”