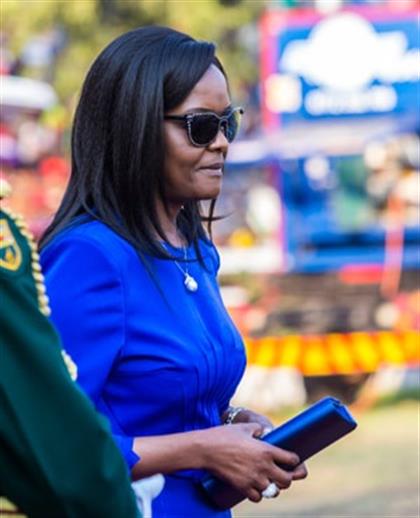 Grace Mugabe is ill and is in Singapore, former Zimbabwe president Robert Mugabe has revealed.

In a surprise letter of congratulations to Emmerson Mnangagwa on his inauguration as president on Sunday, Mugabe admitted that he too was unwell and could not attend the ceremony.

“Your Excellency, thank you for your invitation to me and my wife to attend the inauguration ceremony. My wife is not well in Singapore and also I am not well,” the letter said.

Mnangagwa read out the letter just before he made his inauguration speech to tens of thousands of supporters at Harare’s National Sports Stadium, reports the state-run Herald.

The revelation that Grace Mugabe is unwell comes just a week after a video posted on social mediashowed the 53-year-old serenading guests at a luncheon party at the couple’s Harare mansion.

Three years ago, Grace Mugabe spent several weeks in Singapore, reportedly for an operation to remove her appendix. But the private Zimbabwe Independent newspaper, citing family sources, said she actually had surgery for colon cancer.

On Sunday, the Mugabes sent their daughter Bona and son-in-law Simba Chikore to represent the family at Mnangagwa’s inauguration. The 94-year-old’s “hearty congratulations” to Mnangagwa came as a surprise.

Ahead of the July 30 poll Mugabe said he wouldn’t be voting for Mnangagwa or Zanu-PF.

“I cannot vote for those who tormented me,” he told a press conference, according to AFP.