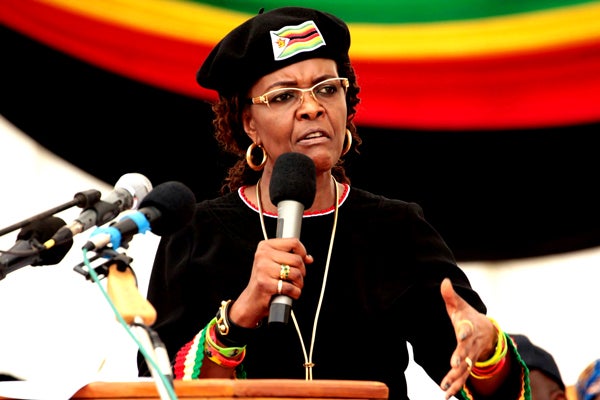 Lebanese businessman Jamal Hamed has approached the High Court demanding US$4 million from former First Lady Grace Mugabe in defamation compensation and damages to his three houses that she seized.

Jamal was embroiled in a legal saga with Grace over a diamond ring when former President Robert Mugabe was still at the helm.

In his lawsuit, Jamal said he was a renowned diamond entrepreneur who, among other businesses, trades in diamonds, both within and outside Zimbabwe.

The businessman cited Grace, her son Russel Goreraza, police officers Kennedy Fero and Nyambo Viera and Police Commissioner-General Godwin Matanga in his official capacity, as respondents in the matter.

In his declaration, Jamal said between October 2016 and December 2017, Grace and Goreraza, caused to be published a statement in connection with the diamond ring saga, claiming that he had breached the terms and conditions of the deal.

Consequently, he said the published statements depicted him as a crook and a criminal, tarnishing his image both locally and internationally for which he is demanding US$2 million.

“The first and second defendants (Grace and Goreraza) stated on diverse occasions in their affidavits that the plaintiff (Jamal) breached an agreement for the sale of a diamond ring with the first defendant, and had consequently been deported and or banned from three African countries because of his criminal activities,” he said.

“The fourth and fifth defendants (Fero and Viera) stated on diverse occasions in their affidavits that the first plaintiff was a dangerous international criminal with far and wide-ranging criminal activities in Zimbabwe and was being sought by Interpol in terms of a warrant of arrest.”

Jamal, however, said when the statements were published in the local newspapers, they were false, wrongful and defamatory and were intentionally designed to reduce his esteem, both professionally and personally.

“… They were understood by readers of print and online publications that the first plaintiff is dishonest, does not adhere to proper business ethics and is a criminal in that: He is a liar and conman, does not honour his contractual obligations, is a fraudster who does not deliver what he is contracted to do and that he is an international criminal,” he said.

Turning to the issue of his properties, Jamal said the police were illegally occupying them despite an extant eviction court order and as such he was now demanding rentals and damages for all his properties from Matanga in the sum of US$1 904 000.

Grace and her co-defendants are yet to respond.