Grace will have to wait for VP crown 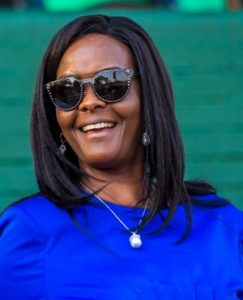 Grace Mugabe will not automatically be appointed Vice President as demanded by the ZANU PF Youth and Women’s Leagues, says President Robert Mugabe.

Source: Grace will have to wait for VP crown – The Zimbabwean

He told party supporters this afternoon that the post would only be awarded at the party congress next month.

“We have heard your wishes but the decision will have to wait until congress,” said Mugabe.

ZANU PF rescheduled its Annual Policy Conference which was set to be held in Gwanda in December for an Extra Ordinary Congress to be held in Harare, at which the ten provinces would elect a new female Vice president.