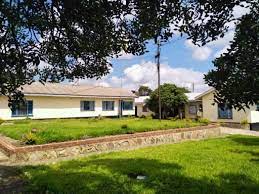 BY KENNETH NYANGANI
GURUVE Rural District Council (GRDC) is in the eye of a storm for failing to conduct an audit of its books for almost two years amid corruption allegations.

The council has allegedly been involved in financial misconduct that has seen its management clashing with residents.

NewsDay Weekender is in possession of a document prepared by the government recently exposing the matter.

“The Guruve Rural District Council has not been audited for the years 2019 and 2020. You agreed on the timelines for the submissions of the said audited statements for two years,” the report read.

“To date, the council has failed to abide by the timelines agreed under oath which is tantamount to contempt of oath.

“On the same note, Local Government and Public Works ministry sent a support team from the financial advisory team department to access the capacity of the finance department and establish the reason for lagging behind a commitment letter from the council which was no adhered to,” the report read.

An analysis of audited statements for the past eight years allegedly unearthed gross financial irregularities and no commitment to address external audit recommendations from prior years as the same issues kept recurring and the state of the council further went down.

“Consistently failing to prepare and submit annual financial statements within the stipulated timeframes for the eight years and getting disclaimer opinions is an act of financial misconduct as provided by section 85(8) of the Public Finance Management Act.”

Chief executive Tinos Marisa reportedly victimised and unprocedurally fired the internal auditor for bringing such issues into the open.

“Council does not have an accounting policy and procedure manuals in place and as a result there is no sound financial management in place. United States dollar payments for car hire, travel and subsistence and general expenses are made manually in contravention of section 28(7) of the Public Finance Management General,” the report
read.

The council is also being accused of failing to follow tender procedures for the purchase of a dump trailer, a tractor and second-hand back-hoe loader in 2020 that is no longer functional.

“These are all false allegations. We are aware of the people who are behind this. These are people that we fired from work, but we have only 2021 books that are yet to be audited,” Jeke said.