Although a few have welcomed the council’s budget with open arms, saying it attempts to address the problems facing the city today, most residents and stakeholders argue it is yet another case of misplaced priorities.

The council has increased its expenditure on salaries and allowances from $9,2 million to $11,7 million, sparking angry reactions from residents.

In 2015, the Government set a 70:30 percent threshold for service delivery and employment costs respectively.

Despite this, most council are still not compliant.

“The council needs to understand that its mandate is not to employ people but to deliver service. We have a council that spends more on employing people who are not even providing the services they are said to be employed for,” said Gerald Mhandu of Tynwald.

“What does that mean? We don’t have water, refuse collection service is poor and we don’t have any roads to talk about in suburbs and the council allocates huge amounts to salaries. The council just lacks seriousness,” he said.

Another resident from Mbare said the $141 million allocated to salaries and allowances was a sign of how corrupt council officials were.

“Council cannot justify spending more on salaries and allowances by saying part of their salary bill is also service delivery.

“Most of its workers are going for months without getting their salaries. It is those in the high offices who are living large at the expense of ratepayers’ money, they should not take us for fools. We want improvement on service delivery not the quality of life of the council executives,” lamented another resident who refused to be named.

“With the poor state of our roads, the council cannot allocate a mere $8,3 million to roads projects and $141 million to their salaries, that doesn’t make any sense. So when all this money is spent on salaries what are they going to work with to ensure roads are rehabilitated? It simply means our lives are less important than theirs.”

“City of Harare has been collecting not more than US$200 million every year for the past five years. It then doesn’t make sense when they present a budget statement that is more than 100 percent of what they have collected,” he said.

“This is an unrealistic projection considering the economic situation and everything they are saying becomes unrealistic as well. How did they project that much?” 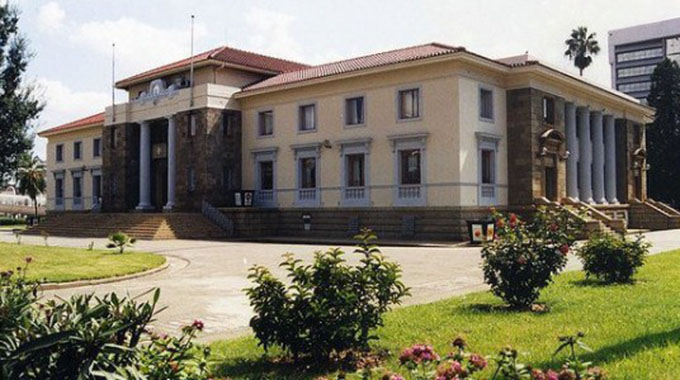 He also said the allocation of more money to salaries and allowances was a sign of corruption by the city fathers.

“The idea to say $145m will go to salaries is just corruption to benefit the executive because some workers in the council go for months without pay.

“A budget is something that should be realistic and well thought of rather than a corrupt way to get Governments approval,” he said.

Mlilo also criticised the council’s idea of hiking tariffs saying it will create more payment defaults by struggling and under serviced ratepayers.

“Now the council has increased user fees without realising that it also mean an increase in defaulting by rate payers,” he said.

He urged the city fathers to be transparent when it comes to budget projection.

“The Council should produce a budget not just a statement like they have been doing for the past five years so that people will know the economic thinking behind everything. They should also produce a consultation report from the consultation they are said to have made so that it does not seem like someone just came up with the figures,” Mlilo said.

“We highly recommend City of Harare for presenting a water budget. The allocation is a pointer to both progressive realisation and fulfilment of the human right to water enshrined in Section 77(a) of Constitution of Zimbabwe Amendment (No. 20) 2013,” said national chairperson, Hildaberta Rwambiwa.

“However there are issues that need to be improved in the budget such as council budget allocation of $4,5m on pre-paid water meters. City of Harare should first present a report on the pre-paid water meters pilot project before discussions on the issue. Our position as Community Water Alliance remains un-changed and we still maintain that pre-paid water meters on domestic premises are not the solution to water challenges.”

CWA backed CHRA on the need of transparency in budget projections while also criticising the idea of hiking tariffs.

“We expect City of Harare to comply with Section 288(2)(a) of the Urban Councils Act, which obliges council to avail copies of budget estimates for public inspection,” she said.