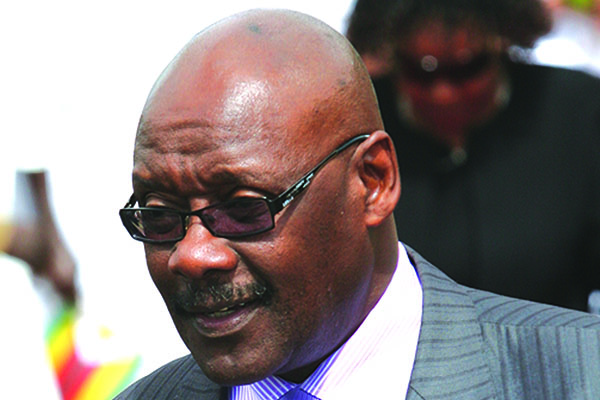 GWANDA Residents’ Association leader, Bekezela Maduma Fuzwayo has petitioned Health and Child Care minister David Parirenyatwa asking him to resign over the poor state of the health sector, which has triggered the ongoing strike by doctors.

In his petition, handed over to the ministry’s Gwanda offices last week, Fuzwayo accused Parirenyatwa of putting the lives of citizens in danger by failing to address the deteriorating health delivery system since 2002 when he became Health minister.

“As a concerned citizen and in my individual capacity, I, by means of this letter, request that you consider to immediately tender your resignation letter from your position as minister of Health and Child Care to his Excellency the President of the Republic of Zimbabwe,” he wrote.

“My request that you do this honourable move is motivated by the unreasonably high death rate of people of Zimbabwe in your hands at government health centres and hospitals. This is due to the continued collapse of our public health delivery system, which falls under the ministry you are presiding over since September 2013 and previously between 2002 and 2009.”

The petition comes as doctors have been on strike since the beginning of the month, demanding, among other things, better working conditions and regular supply of drugs and equipment at public hospitals. The government has threatened to dock salaries for the striking doctors, accusing them of being absent from work without official leave.

“It’s a worker’s right to go on industrial action. The ministry, needs to respect that, furthermore we informed them of our intent to strike 21 days in advance. Their failure to resolve our genuine issues has frustrated the ministry to resort to scorched earth policy of threats and trying to divide ZHDA members,” he said.

The letter was copied to President Emmerson Mnangagwa, Zimbabwe Lawyers for Human Rights and ZimRights.