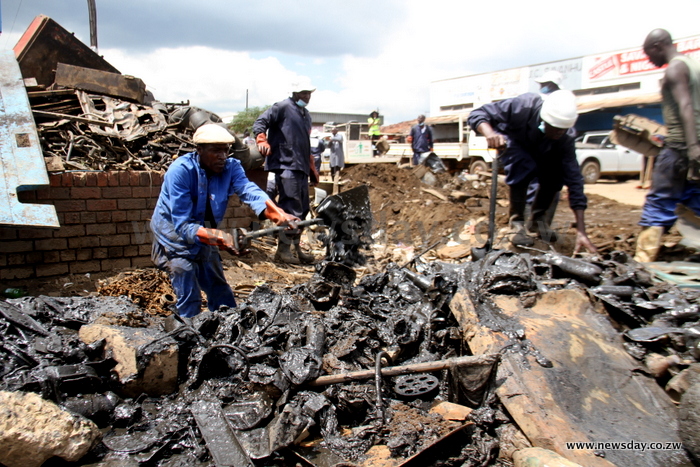 Gweru City Council has embarked on a storm drain clearance exercise ahead of the rainy season in a bid to reduce the effects of flash floods that usually hit the Midlands capital during the rainy season.

Acting town clerk Vakai Chikwekwe this week released a programme for “roadside drainage clearing exercise” which will see council workers working in teams in various wards in the city.

“The drainage clearing exercise will run from August 30 to September 4 and will see groups of council workers with team leaders engaging in the clean-up in various wards in the city,”Chikwekwe said.

He said some of the roads to be attended to include Njomane and Zaranyika in ward 7, Garikayi location in ward 6, Rufaro and Ascot Infill in ward 8, among others.

“We applaud council for responding positively to residents’ concerns on the issue of drainage clearing,”Chikore said.

In January this year, people in low-lying suburbs were affected by flash floods following incessant rains that pounded the city.

The city’s rescue team had to evacuate residents amid reports of damaged property and loss of food reserves to the floods.

Over the years, residents have blamed council for a poor drainage system which has seen recurrent flash floods in the city centre and residential areas.

Mayor Josiah Makombe said council was doing its best to clear blocked storm drains, but however, accused previous councils of allocating residential and commercial stands on wetlands and waterways.