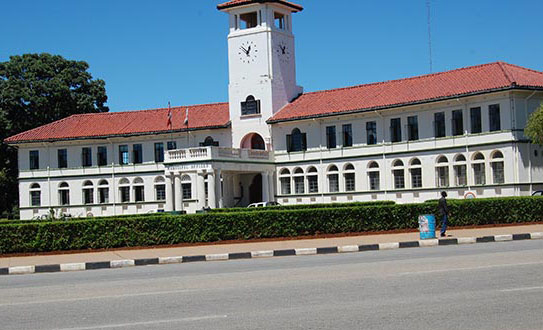 WATER levels at Gweru city’s supply dams, Amapongokwe and Gwenoro, have significantly dropped, posing a nightmare to authorities at the Midlands capital, Southern Eye has established.

In a statement yesterday, council said the two dams were far below half, forcing the local authority to continue with its tight water rationing schedule.

“Our water levels have significantly dropped,” the council said.

“At Gwenoro, the water levels are at plus or minus 17% and Amapongokwe is at 38%, hence we encourage our valued residents to continue using water sparingly.”

In recent years, council introduced water rationing, which has seen residents in some parts of the city going for more than a week without the precious liquid.

Most residents rely on boreholes for water with the local authority recently indicating that it had set up plans to establish water kiosks to ease the city’s water challenges.

Over the years, Gweru’s water situation has also been worsened by obsolete equipment characterised by water leaks.

The water shortages have also been compounded by the rapid urban expansion which has seen the demand for the precious liquid rising.