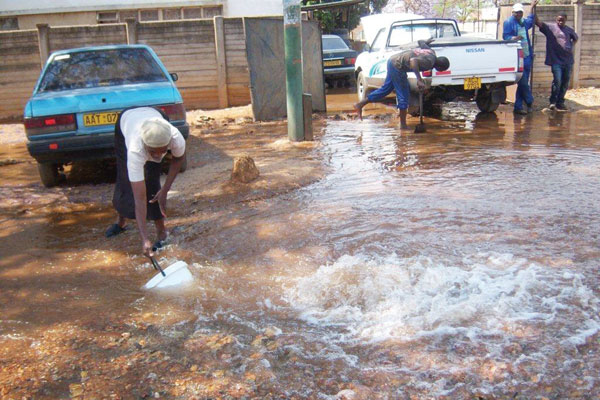 Gweru city taps have gone dry for the past three weeks as water pipes in most parts of the Midlands capital continuously burst due to old age.

The council said the breakdown had also affected the heavy industrial area.

In another statement this week, council said: “We would like to advise residents, clients and stakeholders that repairs on the burst pipes in Lingfield Road, Suburban Lodge, Mimosa turnoff and Patterson’s turn-off are underway.

“Therefore, the whole of Daylesford will have no water at all.”

Makombe said as a stop-gap measure, the council had partnered with stakeholders to drill solar-powered boreholes in the city.

Despite the good rains that fell last season that saw the filling up of dams, Gweru has been facing occasional water problems as a result of ageing infrastructure.

Residents associations have repeatedly called on council to prioritise replacing of obsolete water pipes, most of which are more than three decades old.