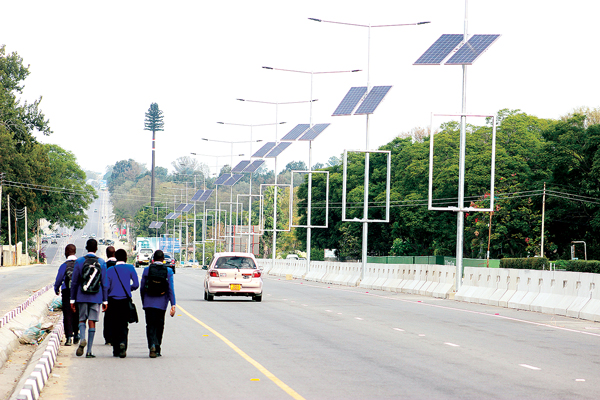 GWERU City Council, which has over the years been struggling to repair streetlights and replace obsolete water equipment, has invited private players to rehabilitate the infrastructure.

Acting town clerk Vakai Chikwekwe, in a notice, said the private companies were expected to rehabilitate streetlights in the medium-to-low-density suburbs as well as the central business district and roads leading into the city.

In the past weeks, there have been increased cases of mugging in the city due to lack of light.

He said prospective bidders would meet at the city engineer’s office next Thursday with the tender process closing on April 8.

In his recent state-of-the-city address, Gweru mayor Josiah Makombe admitted that council was failing to rehabilitate tower and streets lights due to financial constraints.

“The state of our public lighting is miserable as a large percentage of that infrastructure is dysfunctional, mainly caused by vandalism and theft.

“The city council budget for the maintenance of this infrastructure has always been affected by hyperinflation and, therefore, cannot cover much,” he said.

But Gweru United Progressive Ratepayers and Residents Association executive director David Chikore said it was unfortunate that council took years to realise that it was incapacitated to revamp public lighting and water pumps.

“You would expect city fathers to have long-term plans on issues to do with service delivery,“ he said.