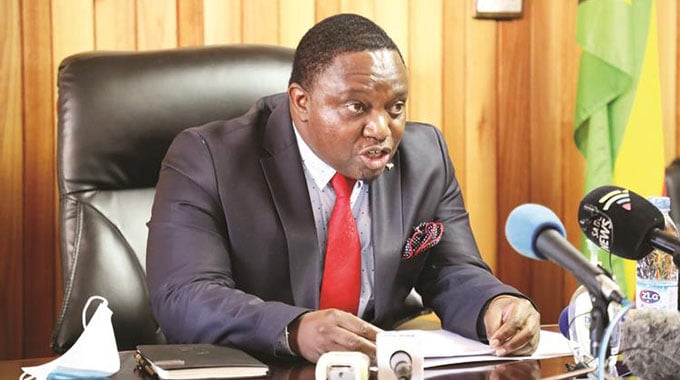 BY SILAS NKALA
A GWERU motorist has filed a notice of intention to sue Home Affairs minister Kazembe Kazembe, Police Commissioner-General Godwin Matanga and the police in the Midlands province who arrested him and impounded his vehicle, a Honda Fit, accusing him of pirating.

His vehicle was then stripped of its parts while in police custody.

Onwell Muwungani, through his lawyer Tatenda Zishiri, served the notice to the police in Harare on February 7.

Muwungani had initially asked the Gweru police to pay for or buy the missing parts of the vehicle.

Muwungani was arrested on November 8, 2021 while at a food outlet in the city centre.

He was accused of pirating, but his vehicle was parked outside the shop.

His lawyer on December 23, 2021 wrote to the officer commanding Midlands province complaining about the theft of vehicle parts following his arrest and its impounding.

When the lawyer visited the station to find out why his client had been arrested, the police officers said the charge had not been decided.

Muwungani was charged with pirating the following day and his car was impounded.

“The Criminal Procedure and Evidence Act mandates police officers seizing an article to give a full receipt to the person from whom the article has been seized. Our client was never issued with any receipt … Our client was subsequently taken to court and was placed on remand. After appearing in court a couple of times for routine remand, he was removed from remand, with the State indicating that the facts contained in the State papers did not disclose the offence. The facts at hand indicated that our client was caught touting for passengers. However, the Road Motor Transportation Act does not criminalise touting, it criminalises the ferrying of passengers using an unregistered motor vehicle. Our client never ferried passengers,” the lawyer wrote.

When Muwungani was removed from remand, he applied for the release of his vehicle, but found that the right front wheel, the spare wheel as well as four wheel caps were missing.

The car’s front right side was on a brick support.

“Our client advised the officer in charge of the developments and was advised to make an official report which he did under RRB4936459.”

The lawyer said if his client’s demands were not met, they would institute a civil claim with the courts.

Muwungani is claiming US$5 262, including legal costs.

The papers were received and stamped by the police on January 10, 2022.

Police said no arrests had been made in connection with the theft of the car parts.

They are also yet to respond to the compensation claims by Muwungani.