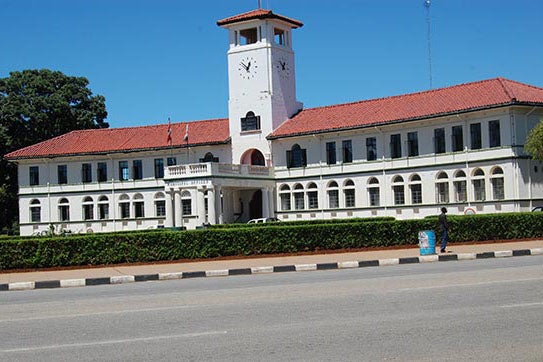 RESIDENTS from Gweru’s Mkoba and Woodlands Park high-density suburbs have threatened to protest against the city council’s failure to provide water to ratepayers and deal with its dumpsite, which is six metres away from houses and is proving to be a health hazard.

Speaking at a community meeting held in Mkoba by the Information for Development Trust last week, residents expressed anger at the failure by the authorities to rectify the irregularities.
Patience Musambasi called on fellow residents to confront council to force it to urgently act on the water crisis that had been worsened by the establishment of Woodlands suburb.

“We are failing to get enough water in Mkoba because supplies have been extended to Woodlands, yet the developers were supposed to have their own arrangements for water. It is high time we confronted the authorities and rebel over the issue,” she said.

Pasipano Chimbima, from Woodlands Park, said: “We get services like water, sewer reticulation and collection of refuse from the Gweru City Council. However, our councillor sits on the Vungu council. It does not augur well. We want our councillor to be at Gweru council. We must organise ourselves and march to the Gweru City Council and force them to make sure the councillor sits in their meetings.”

However, that is unlikely to happen since the councillor was elected as a rural councillor for the area in the 2018 elections.

Ward 16 community development chairperson Obert Rupanga said the issue of the dumpsite, which is six metres away from houses, has not been solved since 2012 and called upon residents to protest against the inaction by council.

“In 2012, the land developer had told us that by December of that year, the dumpsite, which is a health time bomb, would be removed from Woodlands. However, up to now, no action has been taken.

People are suffering due to the presence of the dumpsite,” he said.

“Gweru General Hospital dumps and burns expired drugs at the dumpsite and a strong smell rises from the place and wind blows it into our houses. We do not know if we are still safe in terms of our health.”

He added that shoemaking company Bata also dumps smelly hides and other forms of waste at the site, making it unbearable for the Woodlands residents.

“If you are driving and you overtake a truck coming from Bata carrying some rotten animal skins and other used up things, you will not be able to contain the stench. Those are things being dumped at the city’s dumpsite, where the first house is six metres away. Just imagine what those families are enduring,” Rupanga said.

“This is a situation we are saying must end. We need solutions from the Gweru City Council,” he said.

Vungu ward 16 councillor Parirenyatwa Nyika said he was facing serious challenges in trying to settle the problems in Woodlands.

“The challenge is that when we go to the Gweru City Council, they say the land belongs to Vungu and when we go to Vungu, they also refer us back.

Gweru Residents Association director Cornelia Selipiwe said: “Our fear is that council will end up saying we are now demolishing houses near the dumpsite because in the first place, it was irregular to parcel out stands near the dumpsite.

“There is what is called a buffer zone, which was supposed to be observed in parcelling out stands near the dumpsite. So as residents’ leaders, our fear is now that if we continue to push, that will affect some residents who may have their houses demolished,” Selipiwe said.

Council’s deputy director in charge of planning, Tapiwa Marerwa, emphasised that home-seekers must check if the developer has a certificate of compliance.

Gweru mayor Josiah Makombe said he was aware of the challenges that residents in Woodlands are facing and indicated that relevant departments at council would look into the matter.

“Our departments at council are working flat out to solve the challenges that the people in Woodlands are facing. The major challenge we are having is of resource constraints, but we are seized with the matter. Our priority is to ensure that all our residents get satisfactory service and so in line with that goal we look into grievances of all our rate payers,” he said.