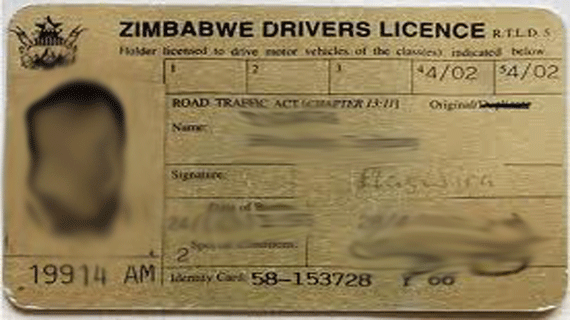 A-34-YEAR old Harare man was today arraigned before the courts facing fraud allegations and charges of possessing articles for criminal use after he facilitated release of a driver’s licence at the Vehicle Inspection Department (VID) to a woman who had failed a driving test.

Tinashe Murove (34) appeared before Harare magistrate Yeukai Dzuda to answer to several other similar charges after he was found in possession of driving licences belonging to several people.

The complainant in the matter is Charity Chapanduka, a farmer.

Allegations are that on February 24, this year the complainant went to VID Eastlea offices to sit for a provisional driver’s license examination.

After failing the examination, and whilst at VID Eastlea premises, she was approached by the accused person who informed her that he knew an employee at the VID offices who can assist her in obtaining a driver’s license upon payment of US$300.

The complainant allegedly paid US$150 to the accused on the same date, and was told that she would receive her license after full payment of the fee.

It is alleged the following day on February 25, the complainant paid US$150 to the accused and was issued a VID certificate of competency.

On March 2 the complainant proceeded to Central Vehicle registry to process her license disc and was informed that the licence was face and was not in their system.

On March 5 the complainant went to the police to report the matter and the detectives proceeded to the VID Eastlea offices where the accused was searched and found in possession of two certificates of competency in respect of Talent Muchakanakirwa and Phoebe Muchechetere which were seized.

They will be used as exhibits.