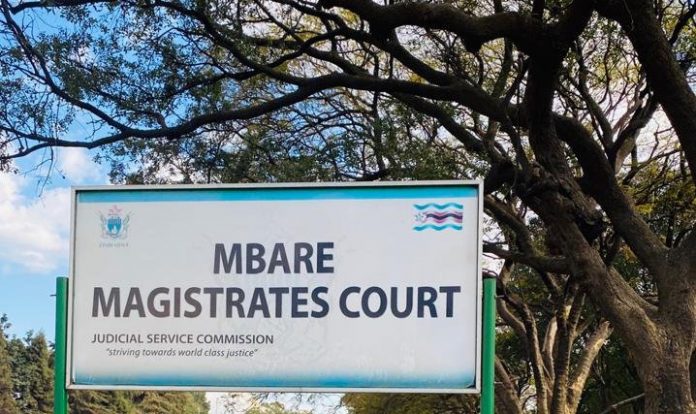 BY PRIDE MZARABANI
A-HARARE man has been arraigned before the courts over US$130 000 robbery charges.

Munyaradzi Keegen Chimbarami on Monday appeared before Mbare Magistrate Nyasha Vhitorini who remanded him to March 4, 2022 for routine remand.

Allegations are that on February 2 2022, the complainant Geshem Takawira was driving a white Scania truck, which had a white trailer loaded with 40 000 litres of petrol along Glennarah road, heading to Mbare.

During that time, the accused person and his two other accomplices that are still at large hatched a plan to steal from the complainant.

They followed him in an unregistered Honda Fit vehicle. As they approached Robert Mugabe Airport roundabout, the accused persons blocked the road while wearing police uniforms.

They dragged the complainant out of the truck, leaving the engine running and told him that he was under arrest as he failed to stop at a previous roadblock.

The accused drove the truck towards Robert Mugabe International Airport, and then turned to a dust road towards Epworth. They then tied the complainant and dumped him in a bush.

After a police report was made by the complainant, Chimbarami was arrested at Chop Chop Restaurant, Zindoga Shopping Centre in Harare.

Chimbarami then led detectives to his house in Coneger road, Waterfalls where 30 301 litres of the stolen petrol was recovered.

He also led detectives to an unnamed road at Retreat farm where the stolen white scania was also recovered.

Tatenda Furaijo appeared for the state.