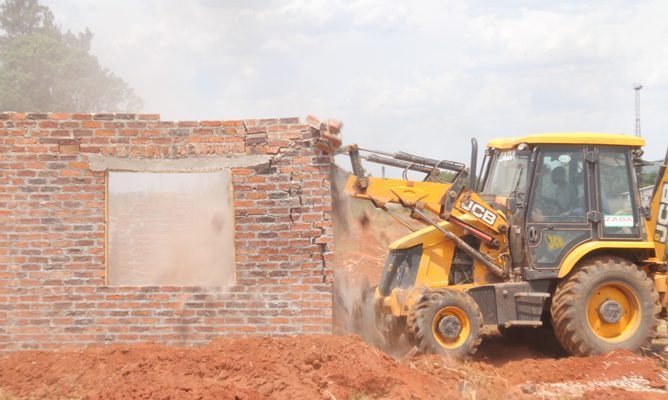 BY LORRAINE MUROMO
HARARE City Council has threatened to descend heavily on farmers and property developers invading wetlands, with an offender liable to a $25 000 fine in addition to destruction of their crops and structures.

This comes a month after Harare Wetlands Trust manager Selestino Chari raised concern over an increase in allocation of stands in undesignated areas such as wetlands.

In a statement yesterday, acting town clerk Phakamile Moyo (pictured) said: “It is our mandate to protect our wetlands. Therefore, the mayor has directed the council police department to dispatch teams starting on January 10. The teams will slash crops cultivated on wetlands in all parts of the city and arrest as well as detain those caught on wetlands.”

He added: “The public is warned that those caught cultivating on wetlands will pay a spot fine of $25 000. Wetlands are a source of freshwater and we encourage actions to restore them and stop their loss through illegal activity. We are facing a serious and growing freshwater crisis that threatens people and our city. Cultivation of crops in the prohibited areas is tantamount to destroying the ecosystem that we depend on.”