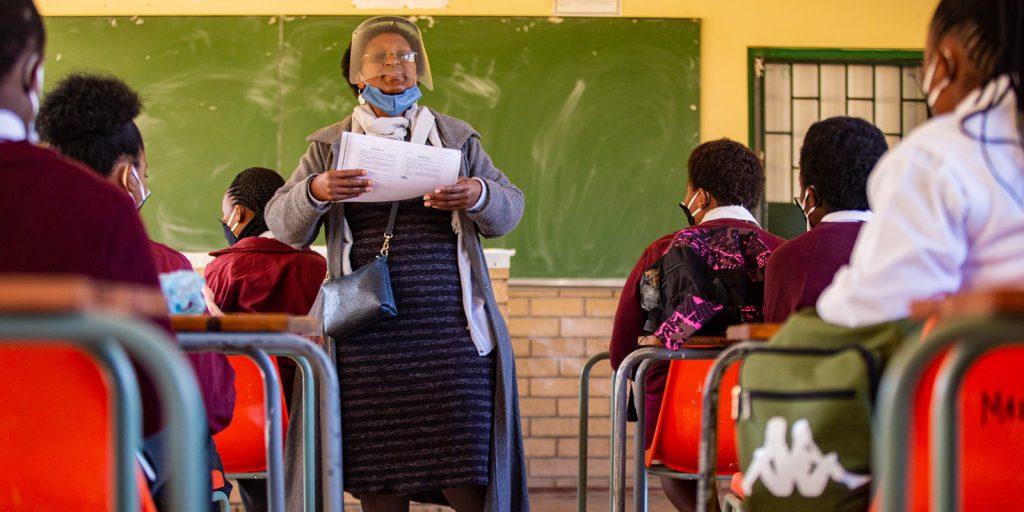 LEARNERS writing their final examinations were yesterday forced to sit for their papers in batches after encountering transport and security checkpoint difficulties, as the country began its 30-day hard coronavirus lockdown.

But authorities said despite some learners arriving late, they were allowed to sit their papers later — to avoid disadvantaging them.

The ministry of Primary and Secondary Education confirmed to the Daily News yesterday that it had been forced to push back the starting time of some exams at some centres.

“There were challenges of lateness, but we have an arrangement with Zimsec to ensure that no learner is disadvantaged.

“From the reports I have received so far, the problem was resolved without anyone being disadvantaged,” Primary and Secondary Education ministry communications director, Taungana Ndoro, said.

However, teachers said yesterday’s disruption was further evidence that authorities “had not properly planned” for the examinations under the lockdown.

The chief executive of the Zimbabwe Teachers Association (Zimta), Sifiso Ndlovu, said while candidates who arrived late were later given an opportunity to write their papers, the development exposed the government’s lack of “preparedness to administer the examinations” during the Covid-19 pandemic.

“We raised the issue of transport with the ministry of Primary and Secondary Education when the examinations commenced in November last year, where we demanded buses specifically for learners.

“But that was not taken on board. All that happened today (yesterday) speaks to the fact that the whole idea of opening schools was not well thought out.

“What is comforting though is the fact that the norm is that when learners arrive for an examination later than others, they are quarantined until the early ones finish, before they are given their chance to write — and that is what happened today,” Ndlovu told the Daily News.

The president of the Amalgamated Rural Teachers Union of Zimbabwe (Artuz), Obert Masaraure, also bemoaned the poor start to the examinations.

“The learners are victims of poor planning by office bearers. Our education is in crisis. A report published in September 2020 outlined how the state of public transport system would impact on access to education.

“The Zupco monopoly is a big disaster. Secondly, the ongoing examinations have been highly chaotic as both the learners and the examination board were unprepared.

“Lastly, the examinations were supposed to be postponed until safety measures had been fully instituted in the face of Covid-19.

“Examinations should be re-written in a safe environment, when both learners and Zimsec are fully prepared,” Masaraure told the Daily News.