Harvesting commences at one of Zimbabwe’s bigger blueberry projects 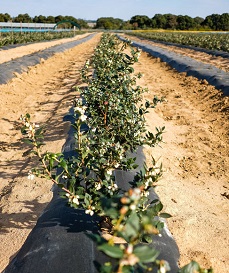 The 42ha of blueberries were established four years ago, delivering into Berryworld UK’s programme. When the UK export season starts fruit is trucked to Cape Town harbour to be shipped.

Some of the blueberry bushes  – new genetics from MBO Australia  – are planted using substrate in pots and some are open field, on a site where flowers used to be grown for export. 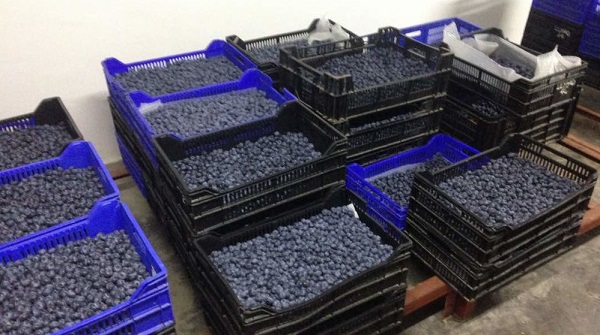 The experienced team have been involved in horticulture exports from Zimbabwe since the late 1980s, involving fresh and prepared vegetables as well as fresh cut flowers for the Dutch auction system.

Year-round strawberry production & exports
In Macheke, on the border between Mashonaland East and Manicaland, is their strawberry project, Home Farm. The area is eminently suited to stone fruit and, it turns out, to strawberries as well. They are attaining success with day-neutral strawberry varieties. 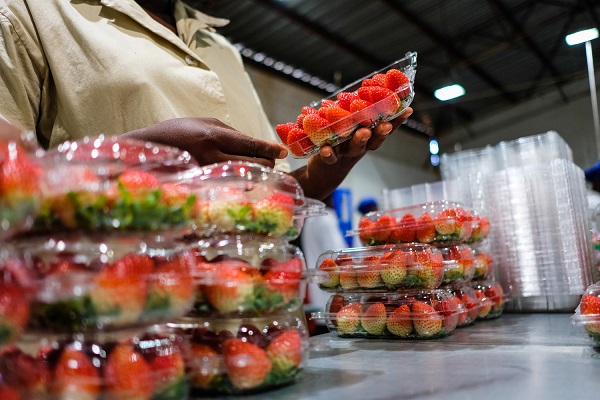 “We’ve been slowly building up the strawberry programme over the past six years, starting with 3ha which we have expanded to 15ha,” says Nigel Bailey, managing director of Mushandi Holdings.

“All the plants are under plastic hoops. They are irrigated and fertilised using a highly sophisticated computerized fertigation drip system from Netafim.” 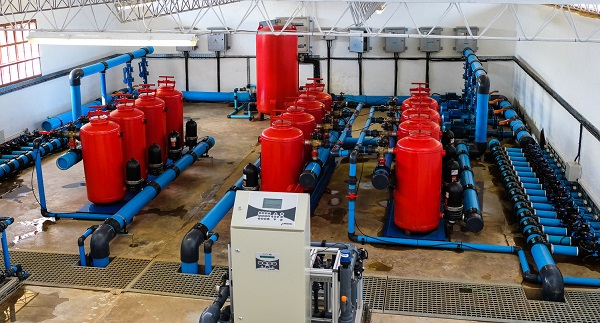 The farm’s microclimate and pronounced day-night temperature difference is conducive to good production all through the year, with excellent quality.

“It’s expensive to establish strawberries, it’s comparable to blueberry establishment costs,” Nigel says. “We aim to open more doors once we get to critical mass. We also supply the local market while any overripe fruit goes to jam production.”

They export strawberries to South Africa in the summer months and to the Middle East in the winter months. 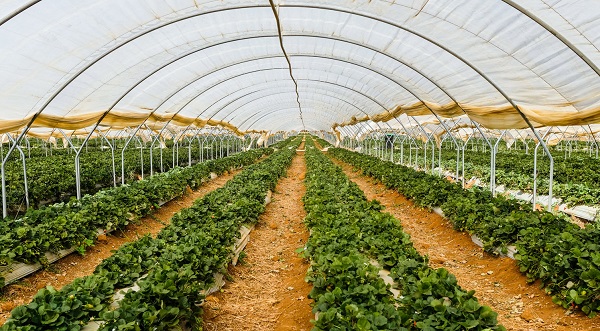 The microclimate of Macheke is particularly suited to strawberry production

“Biological approach has been wonderful for us”
Two years ago, they decided to change their approach to controlling pests on the strawberry model.

“We decided to be brave and bold and so we started adopting a biological approach for pest management. Once you are into it you do not go back. It’s been just wonderful for us,” says Nigel Bailey, managing director of Mushandi Holdings.

“It’s a good thing we’ve moved to biological farming. We’ve implemented a strong integrated pest management (IPM) service using natural predators from Dudutech in Kenya and importing biologicals from Stanes in India and Dagutat Science South Africa.”
Pheromone traps are used to trap moths laying eggs for the Fall army worm and the common bollworm, among others. Coloured sticky traps attract and capture many of the flying smaller insects.

The main benefit from following an IPM regime is that there is no harvest withholding period, Nigel explains, so plants can be treated, and fruit picked safely. It is also totally safe on all beneficial insects such as bees and ladybirds. Bees are important for strawberry and blueberry pollination.

Interestingly, the strawberry site in Macheke is in line with a natural bee movement flight path, so pollination is easier than most other sites.

Vegetable and cereal production
Supplementing their berries, are pepperdews (cherry peppers), brassicas (cauliflower, broccoli, cabbages) and sweetcorn for the local market. They also grow maize and wheat for local consumption.

It takes an appetite for risk to re-start in an uncertain era, but Mushandi is simultaneously a deeply experienced and an up-and-coming farming enterprise in Zimbabwe, conscious of its environment and its community. 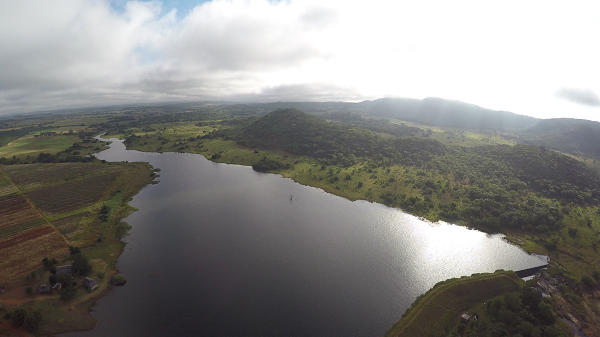 Zimbabwe has what it takes to assume a strong place in fresh produce export – the country has been there before with the export of flowers, fruit and vegetables, notes Nigel. The company has a foreign investment partner.

The longevity of Zimbabwean agriculture is their aim. “We have an effective model of good farming practice that we would like to expand upon and use to this effect.”

Derek and Nigel Bailey, centre, with members of their harvesting team