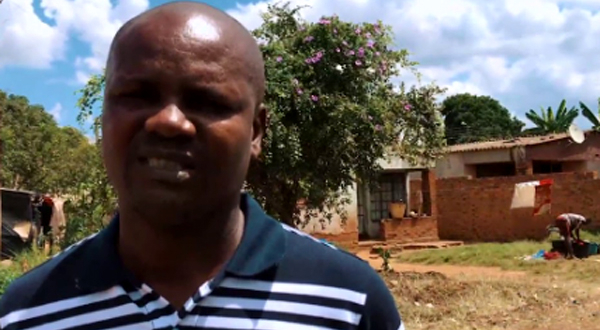 Harare City Council (HCC) human resources director, Matthew Marara appeared in court yesterday facing charges of criminal abuse of office for illegally selling over 150 residential stands in Kuwadzana high-density suburb worth US$1 million and converted the money to his own use.

Marara (49), of Ashdown Park, who appeared before provincial magistrate Vongai Muchuchuti-Guwuriro, was remanded in custody to today for bail ruling.

Allegations are that, Marara, who was HCC director for housing and community services before being moved to his new portfolio, between 2017 to 2018, connived with other City of Harare employees, who include Tapiwa Gona, Believer Mupawaenda, Margret Sarudzai George, Rudo Pauline Chigocha who are already on remand and Edgar Dzehonye, Tonderai Mukora, Tineyi Kureva, Mazano Zvakanyorwa, Wellington Tauya, Austin Tapuwanashe, Timothy Majena, Bernad Mukuna and Kizito Chikowore, and hatched a plan to defraud the local authority.

The court heard that they identified open spaces in Kuwadzana 3, 4, 5 and 6 and created a fictitious payment system complete with sundry accounts, originated fake layout plans and connected water services for the areas for the purpose of selling the illegal stands to homeseekers.

A total of 150 stands in Kuwadzana were allegedly handed over to Gona, who is already on remand, for sale. He disposed of them through Northway Real Estate agents, without council approval.

The State alleges that the proceeds of the sale were received by Northway Real Estate, which then deposited the money into Gona’s personal CABS Bank account 1002651433.

The prosecution alleged that after receiving the money, Gona would share it with various local authority employees involved in the scheme, including Marara.

To cover up the offence, Marara allegedly signed fraudulent provisional allocation letters, which were put into files created for the stands.

The offence was then discovered following a tip-off, prompting a report to the police, which led to the arrest of the accused persons on February 4 this year.

The following day, Marara was taken to court, but the prosecution directed that the matter would proceed by way of summons after completion of investigations.

The council allegedly suffered a financial prejudice of US$ 1 141 779,50 and nothing was recovered.
Meanwhile, Gweru City Council estates and valuations manager Gibson Chingwadza was on Tuesday suspended without salary and benefits over illicit council property leases and land sales involving US$262 936.’

The suspension letter, signed by acting town clerk Vakai Chikwekwe, and seen by NewsDay read: “You leased five tower lights or you caused five tower lights to be leased by council to Tower Resources for use as base stations for various network service providers with no council resolutions that approved the leasing, valid lease agreements or proof of rental payments. The total prejudice to council is US$246 877,59.

“… you failed to take appropriate action to safeguard council assets and collect revenue due and you failed to put in place controls in the advertisement and disposal of commercial, industrial and institutional stands as the process weren’t safeguarded enough to allow for more checks and balances.”

Council also alleges that Chingwadza misrepresented stand measurements, sold stands without following due processes and converted land reserved for a golf course in Mkoba into five stands, prejudicing council of
US$16 059,22.

Chingwadza is also accused of allowing a private firm, Barnah Gardens, to operate without an updated lease and was allegedly involved in the Kudzanayi bus terminus sale, but council has no proof of payment.

“The issue will be brought at an extraordinary council meeting on Thursday just for councillors to take note, but I can confirm he has been suspended,” he said.
Chingwadza was not available for comment.