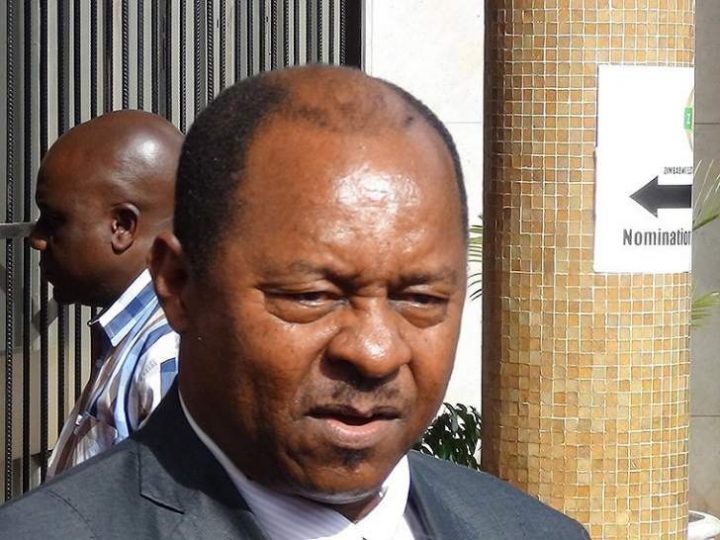 HEALTH minister Obadiah Moyo is neither a qualified medical doctor nor a fellow of various international elite societies as stated on his curriculum vitae posted by Chitungwiza Central Hospital (CCH), where he served as chief executive before being appointed into Cabinet, investigations by the Zimbabwe Independent have revealed.

The investigations showed that Moyo is an academic and medical impostor, who is not a registered practitioner with the Medical Dental Practitioners Council of Zimbabwe (MDPCZ).

It also emerged this week that President Emmerson Mnangagwa ignored his advisers who disapproved the appointment of Moyo as Health minister due to his questionable medical qualifications.

Mnangagwa had asked for due diligence checks to establish Moyo’s suitability for the appointment, among other potential cabinet appointees.

On his CV posted on the CCH website, Moyo claims to be a “visionary leader with a proven track-record in the fields of medicine and executive management”.

He says he attained a Doctor of Medicine Degree (MD) in the West Indies, a region of the North Atlantic Ocean in the Caribbean, without specifying the country, university and year of study as is the norm.

Moyo did not respond to questions from the Independent, but investigations established there is no such qualification as MD throughout the Anglophone Caribbean region. Medical experts said in most Anglo-Saxon countries, practising medical doctors attain a Bachelor of Medicine and Dental Surgeries degree (MBChB) from a recognised university, as is also the case locally.

Elsewhere, the general qualification is known as MBBS, an abbreviation for Medicinae Baccalaureus, Baccalaureus Chirurgiae, or Bachelor of Medicine, Bachelor of Surgery in English.
Contrary to claims on the CV that he was a medical practitioner with a proven track-record, Moyo never practiced as a medical doctor in Zimbabwe.

The Health Professions Act requires practitioners to register with MDPCZ. Moyo’s name does not appear on the list of the 3 624 registered medical practitioners in the country.

MDPCZ officials, who confirmed the list to the Zimbabwe Independent, explained the stringent registration process.
“You need to be trained for seven years at the University of Zimbabwe (UZ) and thereafter work as an intern for two years. You will then be deployed as a government district medical officer for at least a year before you are eligible to get into private practice. All this while, you will be working under strict supervision and you can only proceed on strong recommendations,” an official said.
“If you received your training in the Sadc region, the council verifies your qualifications before allowing you to register without additional restrictions. If you are registered outside Sadc, you need to work for between six and 12 months under supervision before you are allowed to practice. You will then be granted an MDPCZ certificate, which is renewable annually. You cannot just walk in here claiming to be a doctor, it does not work that way.”

On his resume, Moyo claims to be a registered renal specialist and chemical pathologist, notwithstanding the fact that he is not on the MDPCZ register as it appears on its website: http://www.mdpcz.co.zw/mdpcz.

Moyo also claims to be a holder of a Master of Philosophy degree in medicine (MPhil Med) from the UZ, again without stating which year he graduated.

The university this week declined to shed light on Moyo’s academic credentials.

“The University of Zimbabwe regrets to advise that with all due respect, not all institutions and/or individuals can have access to confidential information about the institution’s clients, including students, staff and alumni with the exception of the clients themselves, current or potential employers and/or a government accredited investigating authority.

“Alternatively, such confidential information can be passed to a third party, if and when such a party, has expressly authorised the University to do so,” UZ Information and Public Relations director Daniel Chihombori told the Independent in responses to written inquiries this week.

The Independent investigation corroborates a cable dated November 2008 released by whistle-blower, WikiLeaks in which former US Ambassador to Zimbabwe James McGee, in correspondence to Washington, wrote: “Moyo’s business card indicates he has both a PhD and a medical degree. After our initial meeting, we learned that he earned neither.

Rather, he was Sally Mugabe’s dialysis technician at Parirenyatwa throughout her long struggle with a kidney disease. After Sally’s death, Mr Moyo suddenly became Dr Moyo, and in 2004 he became CEO of Chitungwiza Hospital.”

Elite international medical societies to which Moyo claims to be a fellow dismissed his claim.

International Society in Nephrology (ISN), United Kingdom (UK) programme coordinator Marie-Pierre Smal, confirmed that Moyo was not a fellow of the prestigious medical club contrary to his claims.

He only joined the prestigious society in 2015 as an ordinary member. Fellowship to the society requires one to be a distinguished medical specialist.

“I confirm that Dr Obadiah Moyo is a member of the International Society of Nephrology since January 1, 2015. However he is not an ISN fellow and has never accomplished an ISN fellowship training with an ISN sponsored grant. Nephrology is a small world and medical achievements are very much based on peer review, networking and word of mouth,” Marie-Pierre Smal said.

“If the sector realises someone is claiming education he did not get, this would be very bad press for the person.”
Other clubs such as the Royal College of Pathologists (FRCPath), (UK), Royal Society of Public Health (FRSPH) (UK) and the Royal Society of Biology (FRSB) (UK) said they could only comment with Moyo’s consent.

Medical sources said Mnangagwa however “did the exact opposite” of what his advisors had recommended when he appointed Moyo. “There were consultations with relevant stakeholders in the medical field. The idea was to assess if they were comfortable having someone who was not a medical doctor as their minister. They were also asked to suggest names of people they thought would be suitable for the appointment,” a source said.

“They were comfortable working with someone not a medical doctor as long as that person was not Obadiah Moyo. But the problem with Moyo is that he is an imposter. So industry was unanimous that Moyo was not a suitable character to safeguard and maintain the integrity of the health and medical profession.”

According to the sources, several other individuals including the ministry’s permanent secretary Gerald Gwinji, were shortlisted for the post.

Other candidates who were suggested include one army chief identified as major-general Celestino Bhasera and former Health minister Henry Madzore, who was out rightly disqualified for his links to the opposition party, MDC.

Sources further said after Mnangagwa realised that Moyo’s appointment had torched a storm, he roped in Chikomba West legislator John Mangwiro, who is a respected medical doctor to deputise Moyo in order to “sanitise the ministry.”