A court in Bulawayo on Thursday gave Zanu-PF secretary for administration Obert Mpofu 24 hours to vacate a disputed farm in Matabeleland North or be removed by the police. Justice Evangelista Kabasa granted an application by the human rights advocate Siphosami Malunga and business partners Zephaniah Dhlamini and Charles Moyo who say they bought the 550-hectare Esidakeni Farm which Mpofu has forcefully occupied. 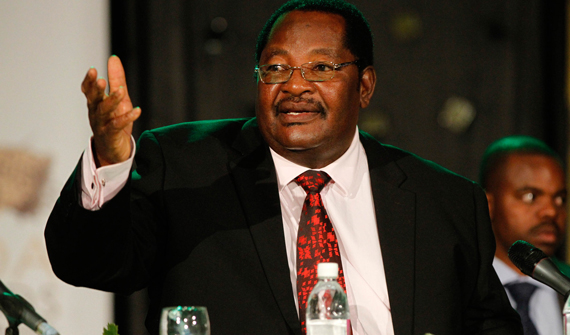 Justice Kabasa said Mpofu, his wife Sikhanyisiwe “and all those claiming occupation through them must vacate the farm within 24 hours failing which the Deputy Sheriff of the High Court with the assistance of the police must evict them.”

Mpofu and his wife, Sikhanyisiwe, who are joint owners of Mswelangubo Farm, were ordered to pay costs of the suit.

They have filed a notice to appeal the ruling.

Malunga, Moyo and Dhlamini argued in court papers that they bought the farm from its former white owners in 2017. They say attempts to deprive them of the farm are unconstitutional.Last December, the government gave notice of its intention to seize the farm for resettlement under a law which empowers the minister of lands to compulsorily seize land without paying compensation except for improvements. Mpofu, who controls vast tracts of land in Matabeleland North, later turned up with an offer letter for 145 hectares of Esidakeni Farm in the name of his and his wife’s company, Mswelangubo Farm.

Malunga, Moyo and Dhlamini have challenged the acquisition and the matter is still pending at the High Court.

Their lawyer Josphat Tshuma said: “In the wake of the appeal by Mpofu and his wife, we will now apply to the court for enforcement of the ejectment writ pending finalisation of main matter.”

The trio already won several court orders against a National University Science and Technology lecturer, Dumisani Madzivanyati, who was the first to occupy a section of the farm. The High Court ordered his eviction.