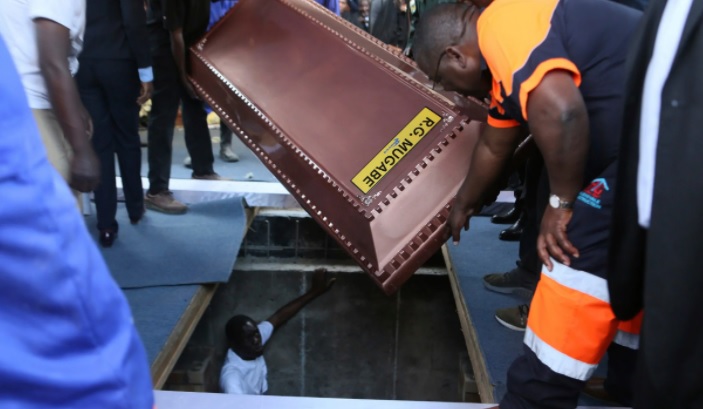 BY DESMOND CHINGARANDE
FORMER First Lady Grace Mugabe yesterday suffered a heavy blow after the High Court struck off the urgent roll, a case where she is challenging the exhumation of the remains of her late husband, former President Robert Mugabe.

The case is before the High Court after Zvimba village head Tinos Manongovere, from Mugabe’s rural home, filed an application to have the former leader’s body exhumed and reburied at the National Heroes Acre in Harare.

The headman approached the High Court on October 22.

“What totally surprised me is that the applicant (Grace) did not bother to cite me as a party to the proceedings despite the fact that the rules of the court require that I should be cited,” Manongovere said in his application.

“I was a party in the magistrate’s court and I deserve to be heard before this honourable court makes a decision which adversely affects me.

“To my utter shock, even though the proceedings in the community court related to a claim against Moyo by me, Grace deliberately failed to cite me in her application to set aside Chief Zvimba, Stanely Mhondoro.”

He further insisted that Grace violated customary rites and traditions by having the remains of Mugabe buried at the National Heroes Acre.

“As if that was not enough, Grace did not bury the deceased at the designated burial site in Zvimba where his mother, sisters, brothers, and the rest of his clansmen are buried,” Manongovere said.

“I have been put out of pocket by Grace who makes veiled threats against me and my lawyers despite the fact that summons were served at Kutama village.”

Grace is challenging an order by Chinhoyi magistrate Ruth Moyo to proceed with the exhumation of Mugabe’s remains.