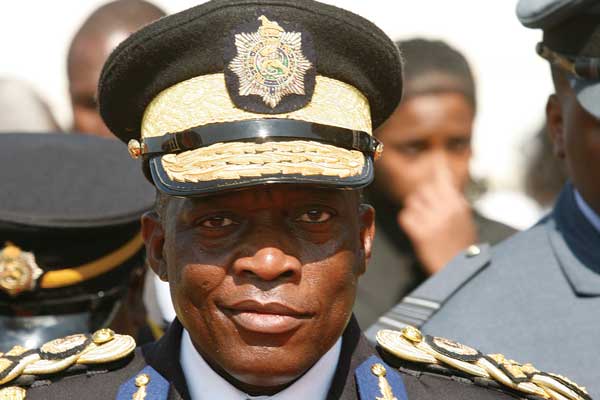 THE Zimbabwe Republic Police (ZRP), with the help of former mines minister Obert Mpofu, muscled their way into the Gye Nyame Resources (Pvt) Ltd diamond project in Marange diamond fields in order to finance their operations and for the personal benefit of top officers, documents show. 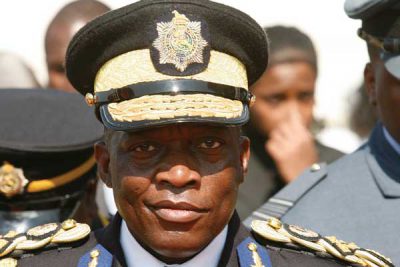 Documents in our possession submitted to parliament, show that Mpofu, currently serving as Home Affairs minister, instructed Gye Nyame to work with the ZRP in the diamond project, although the police did not contribute any capital.

Sources told the Zimbabwe Independent that ZRP’s involvement was necessitated by the need to grab the company for personal benefit and fund ZRP during former Commissioner-General Augustine Chihuri’s reign.

Gye Nyame was originally a joint venture company between the Zimbabwe Mining Development Corporation (ZMDC) and Bill Minerals (Pvt) Ltd. The company was given diamond mining rights over Block G of Marange Diamond fields.
The document reveals that upon signing the joint venture, the parties involved were then instructed by Mpofu to work with ZRP even though this was not part of the JV.

“In November 2011 upon signing of the JV, we were instructed by the then minister of mines that ZRP through some investments vehicles will be part of the joint venture and Commisioner (Grace) Ndebele, Commisioner (Mekia) Tanyanyiwa and Assistant Commissioner (Naison) Chivayo would be part of the management team,” reads the documents.

“We (were) instructed to give them a 5% shareholding initially, but then further instructions increased the shareholding to 20% without capital contribution. There was no official written instruction to that effect from either the Ministry of Mines or ZMDC.”

Sources say after grabbing the company the ZRP went to the Companies Registry and amended the CR14 document to add its own directors.

“The CR14 is the only document linking the ZRP to the Gye Nyame diamond project. The minister’s instruction for the ZRP to be part of the deal was verbal,” the source said.

A copy of the CR14 shows ZRP put representatives as the first directors and pushed down the directors of Bill Minerals and ZMDC. The police bosses imposed as directors were Charles Mfandaidza, Justice Chengeta, Tanyanyiwa, Grace Ndebele and Samson Siziba.

Government has constantly argued that the seizure of the diamond mine was necessitated by the fact that it failed to renew its mining licence, that it did not have an exploration report and that Bill Minerals and Gye Nyame did not have a bank account.

However, information at hand proves otherwise. It turns out that it was not Bill Minerals’ obligation to renew its licence as the mandate was given to ZMDC. The company also had an exploration report which was signed in Parliament.

The agreement between ZMDC and Bill Minerals states that by virtue of being a holder of special grants, ZMDC or its nominee had the right to, inter alia, prospect and mine diamonds at the concession areas.

Furthermore, government’s claim that the companies involved did not have bank accounts also turns out to be untrue as evidence show that Gye Nyami held a bank account with MetBank and Bill Minerals had an account at Ecobank.

Ecobank financed operations of Gye Nyame to the tune of US$3,7 million. MetBank provided US$4,5 million capital expenditure and US$1,5 million working capital.

The government also seized the company claiming there was no production. However, officials say the productivity of the mine was proved beyond doubt by the diamond box which was grabbed by police.

Although government also claimed that the company did not have working capital, documents show that Gye Nyame managed to secure funds from Eco bank and MetBank for their operations.

“When local component of the investors comprising of Itayi Munyeza and Blessmore Chanakira invited the Ghanaians to form Bill Minerals it was with the understanding that they would secure funding externally. However, this did not go according to plan resulting in the local shareholders securing funds in Zimbabwe so that the operations would not be hindered.

“The decision to raise money locally was done mutual with the Ghanaian. The funds secured locally were used in the development stage of the mine,” reads a report submitted to parliament.

The report states that some of the Ghanaian investors allegedly engaged in illegal gold activities and eventually left the country, although one of them was convicted of the crime.

ZRP, documents say, had created parallel structures at the mine which report to them, making the management of the company difficult.

The police also attempted to remove the company’s chief executive, Munyeza, but did not manage to and ended up removing the Ghanaians from the site using the illegal gold dealing case.

“ZRP abducted and obtained dot box keys by force from Munyeza. This resulted in removal of all diamonds from the dot box and to date no one really knows what happened to the diamonds except a few stones handed over to ZMDC,” reads the report.

According to a letter written by Gye Nyame’s lawyers Musunga and Associates to Mpofu, Chihuri, Chief Secretary to the President and Cabinet Misheck Sibanda and former director general Central Intelligence Organisation Happyton Bonyongwe, the grabbing of the dot box was done on the evening of July 11 2013.

“The heavy-handed approach of the police and the manner in which the dot box keys were taken has exposed bad faith in this arbitration process.

“You emphasised the need for sale/ forward sale of the contents in the dot box which sale is billed to happen between 15 and 17 July 2013 which you highlighted was for pending elections … our client strongly opposes any rushed sale as the process will be in serious violation of the country’s laws and especially since the foreign investor did not bring the required investment required and is set to benefit from the country’s resources improperly,” reads part of the letter.