Source: How the fall of Mugabe allowed Zimbabwe to reclaim the future of its tourism – CityAM : CityAM 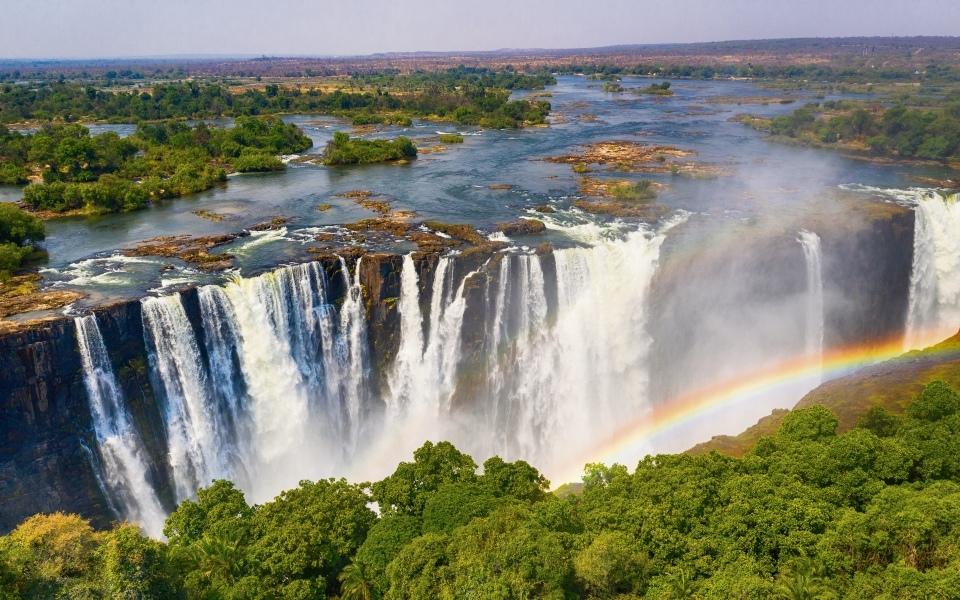 We discussed him in hushed tones, out of earshot of anyone else. Always the conversations were the same: “one day, maybe…,” swiftly followed by, “don’t say this where anyone else might hear.” Mugabe’s spectre loomed over even the most innocuous of chats, just like He Who Must Not be Named. And then, 24 hours later, he was gone. The thing which so many people had hardly dared hope for, and certainly not conceived would come any time soon, was suddenly, miraculously, upon them.

Victoria Falls has been the centre of Zimbabwe’s tourism industry ever since the infamous Dr. Livingstone pitched up here in 1855. To the indigenous Tonga, this epic waterfall at the point where the Zambezi River crashes across the Zimbabwe-Zambia border is known as Mosi-oa-Tunya (“The Smoke that Thunders”). It’s a more suitable name. You hear the roaring of the water long before you see it, and the air is moist with the billowing clouds of spray.

Whatever chaos has gone on in Harare, it’s never really been felt in Victoria Falls. The UNESCO World Heritage falls and nearby town seem to exist in their own little bubble, far enough away. I, like many foreign visitors, had crossed the road border from Zambia on a dual country visa, and if it wasn’t for yet another stamp in my passport, I’d scarcely have known I’d entered Zimbabwe. Yes, there was a small police presence, but not more noticeable than in any of the surrounding countries, and the bus loads of package holiday makers were snapping away regardless.

The sight of one of the largest waterfalls in the world — twice the height of Niagara Falls and with a record of 700,000 cubic metres of water pounding over the cliff each minute — is more than enough to grab my attention

Victoria Falls is one of those curious small towns which seems to exist solely for tourism purposes. It’s necessary to pass through, but the town itself is no great attraction, save for one extraordinary building: the Victoria Falls Hotel. Built in 1904 and looking down the Second Gorge, to step over the threshold is to step back in time. It was intended to service first class travellers on Cecil Rhodes’ ill-fated Cape to Cairo Railway, and famous guests of note include King George VI and the future Elizabeth II.

I sat on the hotel’s Stanley’s Terrace overlooking the immaculate lawns, and felt quite the Edwardian lady. My high tea was served in a bone china tea service, of course, and the sandwiches were cut just so. Elegantly attired couples sat chattering at a politely low volume, and the staff moved gracefully from one table to the next with silver teapots and tiered stands of scones and cake. Every now and then a younger guest would surreptitiously slip out onto the grass to take a selfie with the hotel behind, but other than that, nothing here has changed for a century.

The Victoria Falls Hotel has its own path from the bottom of its gardens along the top of the gorge to the falls. It is an easy enough walk, and depending on the time of day, you will see bungee jumpers throwing themselves off the bridge, kayaks and rafts bouncing about on the white water rapids, and perhaps even a microlite or helicopter buzzing away overhead. The Zambezi River has an undeniable pull, and an entire adventure industry has grown up to cater for those adrenaline junkies who want to experience it from every appreciable angle.

I, however, was determined to keep both feet firmly on the ground. It’s not that I am unadventurous, but rather that the sight of one of the largest waterfalls in the world — twice the height of Niagara Falls and with a record of 700,000 cubic metres of water pounding over the cliff each minute — is more than enough to grab my attention.

The best views of Victoria Falls are from the Zimbabwean side of the border, where a footpath through the forest runs parallel to the falls on the other side of the gorge. There are more than a dozen strategically positioned viewpoints between Livingtone’s Statue and Boiling Pot, where you stare down into a seemingly steaming abyss.

It was mid-afternoon and it was hot and humid. Even keeping mostly to the shade, I was dripping in sweat and berating myself I hadn’t made it here for a cool sunrise. Still, the walk was good for me and, more importantly, as soon as I hiked past the Main Falls and Livingstone Island, I pretty much had the viewpoints to myself.

Bus parties, it appears, are lazy. They want to see the Devil’s Cataract and the central parts of the falls to say that the have been, and maybe they will capture a few pictures of the rainbows dancing in the spray, but they weren’t going to walk further afield. I could survey Horseshoe Falls unobstructed, and at the so called Danger Point (Viewpoint 15), right on the cliff edge and with an almighty drop below, I looked right across to Knife’s Edge and Rainbow Falls. No one else was there. At the closest points, the water spray enveloped me, a welcome cloud that cooled me even as it drenched my clothes.

Even before Mugabe’s fall from grace, tourism in Victoria Falls was booming, the spectacle of the falls proving a stronger draw than political misgivings. But with his presence lifted, Zimbabwe is poised to really fly as a destination for adventurous travellers. There’s been a sudden influx of investment, with two new luxury openings — Mpala Jena Camp and the Stanley and Livingstone Boutique Hotel — in 2018. There’s an expectation that the new visitors will want to push out beyond Victoria Falls and explore more of Zimbabwe. There’s an excitement in the air. With tourism comes money and jobs, two things which Zimbabweans desperately need. For too long, Mugabe crippled Zimbabwe economically, politically, and socially. His removal, though not the panacea to all the country’s ills, has heralded a new era of optimism, hope for what the future of Zimbabwe might be. The tourists are on their way.