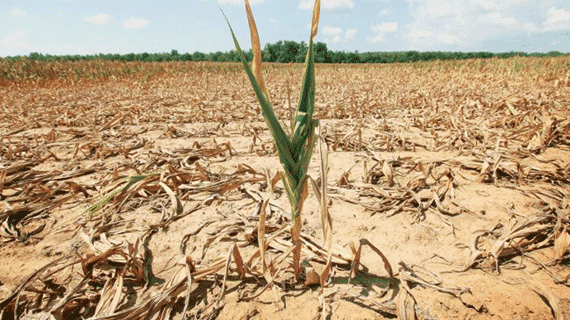 FOOD insecure households in Zimbabwe now stand at nearly 600 000, triggering fears that the number will continue to swell in light of projections that the country will experience acute drought this year and in 2019, the Zimbabwe Independent can report.

The development is occurring at a time the country is battling to meet its fertiliser needs due to limited foreign currency required to import key raw materials to manufacture the commodity.

Zimbabwe is also grappling with waterborne diseases such as cholera, typhoid and diarrhoea.

Last year, about 40% of families, mostly in rural areas, were in dire need of food.

Climatologists have forecast the El Niño weather phenomenon, which is usually associated with acute drought spells, will ravage eastern and southern African nations including Zimbabwe this year and in 2019.
“The Social Services department in their update informed the NFNSC that the number of food insecure households now stands at 579 865 requiring 28 993.25 metric tonnes of grain per month,” read excerpts of the August 28 meeting’s minutes.

The World Food Programme (WFP) projects that Zimbabwe, with a population of 15,6 million, will battle to feed 1,1 million of its people “at the peak of the lean season, as poor rains and erratic weather patterns have a negative impact on crop harvests and livelihood prospects.”

According to the United Nations (UN) agency, an estimated 63% of Zimbabwe’s people live below the poverty datum line.

Last year, the Zimbabwe was ranked 108 out of 109 countries on the Global Hunger Index.

Zimbabwe is also battling to meet its fertiliser needs due to limited foreign currency shortages.

Local fertiliser manufacturing companies require US$135 million in nostro funding to import raw materials to manufacture 600 000 tonnes of the commodity required this forthcoming summer cropping season, amid revelations that the Reserve Bank of Zimbabwe is availing only 30% of needed funds.

Sable Chemical Industries, one of the major fertiliser manufacturers in Zimbabwe, has since indicated that it will only be able to satisfy 38% of national demand.

Several other companies are also reeling under viability challenges, casting fears that the success of Zimbabwe’s summer cropping season will be derailed bya fertiliser shortage.