Three (3) children are lucky to be alive while property worth thousands of dollars was destroyed after a hut caught fire in a suspected case of arson in Hurungwe last Friday. 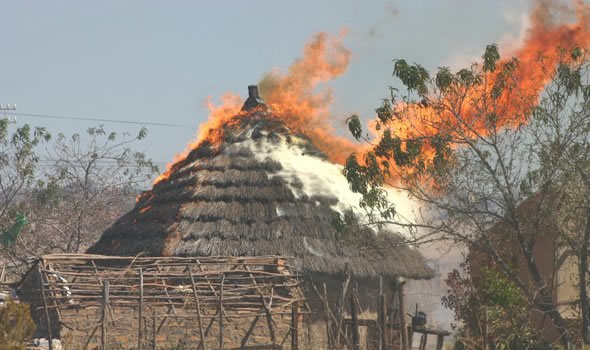 The hut belonged to Pastor Lloyd Mapfumo , a ZimRights member and Minister of Religion with Africa Maranatha Faith Ministries in Mahwadu village in ward 23 of Hurungwe Central in Mashonaland West.

In May 2020 the pastor’s wife had an altercation with the local leadership over distribution of food aid. The leadership threatened the wife with unspecified action. It is against this background that villagers strongly suspect arson.

ZimRights Mashonaland West leadership is on the ground assisting the family.

ZimRights notes with concern the increase in violence against social justice leaders especially in Zimbabwe’s small towns and rural areas where access to justice is limited and protection mechanisms against victims are weak. ZimRights condemns this violence and calls on the police to investigate and bring the perpetrators to book.