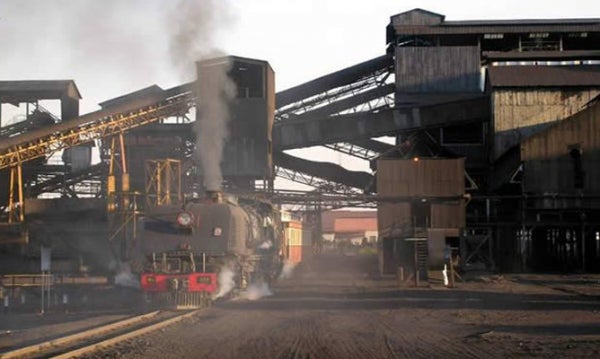 Justice David Mangota ruled that Ziyambi failed to justify his move given that a scheme of arrangement which was ratified by the government and other shareholders with a view to salvage the coal mining firm from collapse, was still operational.

Ziyambi approached the court with the application without consulting other shareholders, saying the problems afflicting the company needed swift action to avert possible liquidation.

In 2018, Ziyambi told the Parliamentary Portfolio Committee on Mines chaired by Norton legislator Temba Mliswa that the company owed government $150 million and had posted a $23 million loss in the half year to June of the same year.

He then said as Justice minister, the law empowered him to put any company under reconstruction without consulting other shareholders if necessary. But his move was opposed by a trustee of the debenture holders of Hwange and chairman of the court-sanctioned scheme of arrangement, Andrew Lawson and a legal entity called Messina Investments.

Lawson and Messina submitted before Justice Mangota that the reconstruction order sought by Ziyambi was nothing, but a weapon which Mines minister Winston Chitando, had hatched to remove them from Hwange’s board after they had proposed to conduct a forensic audit of its operations.

Lawson and Messina claimed, government through Ziyambi’s sought order, was to run Hwange alone to the exclusion of its other co-owners and as such the application was ill-conceived.

In his lengthy judgment delivered on February 12, Justice Mangota said: “In the absence of a written report from, or by, the Mines and Mining Development ministry, therefore, the minister appears to have issued the order out of nothing.”

Justice Mangota said Ziyambi ought to have proved what he claimed to have been in existence when he issued the reconstruction order.

“He makes allegations about Hwange’s unwholesome circumstances. He should prove what he claims to have been in existence when he issued the order. His failure to prove the presence, in his mind, of the matters which are mentioned in section 4(1) of the Reconstruction Act places his application for confirmation of the order in serious jeopardy,” Justice Mangota said.

In his submission, Ziyambi had presented that his decision was based on section 4(1)(e) of the Reconstruction Act, adding that: “It stipulates that when you do that, you have to inform shareholders, and that if in the opinion of the minister it is necessary to avert further harm to creditors of the company, then the minister can take action to put the company under reconstruction without affording shareholders a chance to respond, and I decided to do that at that stage.”

But Justice Mangota ruled against him saying: “The application, it has already been shown, hangs on nothing, the order which the minister issued is premised on nothing. The report of the administrator which was made in glowing terms cannot justify confirmation of the order the issuance of which was/is based on nothing.”