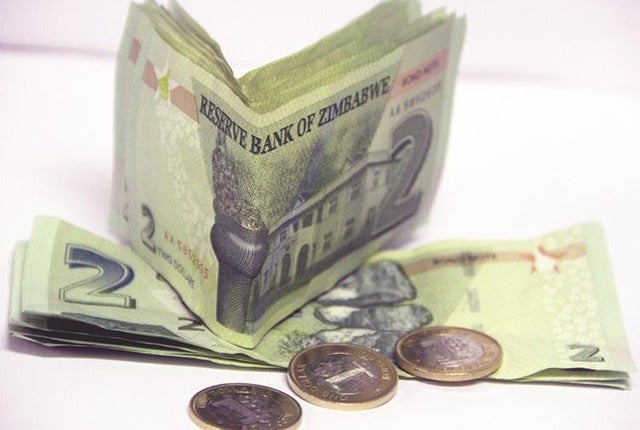 The Institute of Chartered Accountants of Zimbabwe (Icaz) has disclosed the most-awaited set of guidelines for implementing financial reporting in hyperinflation reporting (IAS 29) in which companies are now expected to refer to implied annual inflation rate as well as the prevailing exchange rate when preparing financial statements.

Icaz has resolved to resort to this formula after Treasury suspended the publication of inflation figures, putting accountants in a quandary.

Companies had deferred publicising results waiting for the guidelines.

This comes after the Public Accountants and Auditors Board (PAAB) communicated that the characteristics of the Zimbabwe economy were ripe to apply IAS 29.

One such characteristic outlined through this standard is when the general population regards monetary amounts not in terms of the local currency, but in terms of a relatively stable foreign currency.

Also prices may be quoted in that currency — a scenario prevailing in the Zimbabwean economy.

Icaz said hyperinflation reporting required that non-monetary assets and liabilities, shareholders’ equity and comprehensive income be restated in terms of a measuring unit obtaining at the end of the reporting period, as such companies are, therefore, advised to device the CPI.

“The year-on-year CPI indices are used to calculate the inflation adjusting factor which is then applied to the historical figures to arrive at the inflation adjusted numbers. The Zimbabwe National Statistical Office (ZimStat) is the official source of all national statistics including inflation figures and the CPI indices for the application of restatement of figures. Preparers are advised to refer to the Reserve Bank of Zimbabwe (RBZ) website for the ZimStat CPI indices or directly request the same from ZimStat,” Icaz said in a statement.

While ZimStat has suspended the publishing of annual inflation figures, economists have been using month-on-month statistics to calculate year-on-year inflation rate.
As of October, annual inflation was put at 440%.

IAS 29 states that in a hyperinflationary economy, reporting of operating results and financial position in the local currency without restatement is not useful.

It also takes into account that money loses purchasing power at such a rate that comparison of amounts from transactions and other events that have occurred at different times, even within the same accounting period, will be misleading.

In accordance with IAS 29, the financial statements of an entity whose functional currency is the currency of a hyperinflationary economy, whether they are based on a historical cost approach or a current cost approach, shall be stated in terms of the measuring unit current at the end of the reporting period.

“Monetary items do not need to be restated as they are already expressed in current purchasing power at the reporting date (IAS 29 par12). Non-monetary items should be restated with the exception of those measured at net realisable value or fair value,” Icaz said.

On comparatives, the prior year comparatives for both monetary and non-monetary items are supposed to be restated in terms of the measuring unit current at the end of the latest reporting period.

The opening balances will have to be restated by applying the appropriate adjusting factor(s) based on CPI index at the reporting date.

Pertaining to the gain or loss on net monetary position, Icaz said it can be calculated as the difference between the historical cost amounts and the result from the restatement of non-monetary items, shareholders’ equity, items in the statement of comprehensive income and the adjustment of index-linked items to year end purchasing power.

Furthermore, companies must ensure that non-monetary items excluding shareholders’ equity are restated in terms of the measuring unit current at the end of the reporting period.

“An entity should use the increase in the general price index from the transaction date when they were first recognised to the end of the reporting period. (IAS 29 par 29). No restatement is required for non-monetary assets and liabilities carried at amounts current at the end of the reporting period, such as net realisable value or fair value,” the new regulations state.

For the purpose of presenting comparative amounts in a different presentation currency, IAS 21 — The Effects of Changes in Foreign Exchange Rates, apply and balances should be translated at the closing exchange rate in accordance with IAS 21:42(b) and IAS 21:43.

The institute said some non-monetary items are carried at historical cost or historical cost less accumulated depreciation, so they are expressed at amounts current at the date of acquisition.

“Property, plant and equipment (that is carried at historical cost less accumulated depreciation), inventories of raw materials and merchandise, goodwill, patents, trademarks and similar assets are therefore restated from the dates of their purchase. Partly finished and finished goods included in inventory are restated from the dates on which the costs of purchase and of conversion were incurred.”