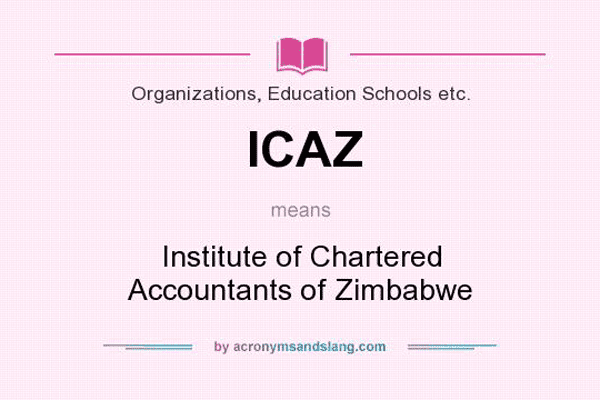 THE Institute of Chartered Accountants of Zimbabwe (ICAZ) is set to unveil hyperinflation reporting (IAS29) implementation guidelines next week that will provide an index to use following the suspension of key data publication by Treasury.

Finance minister Mthuli Ncube in August scrapped the release of annualised inflation rate data until February next year.Consequently, the accounting profession is in a dilemma as to which index to use for hyperinflation reporting standard.

Already, the Public Accountants and Auditors Board has announced a broad market consensus to apply Financial Reporting in Hyperinflationary Economies Standard (IAS 29), in Zimbabwe.
The IAS 29 lists factors that indicate an economy is in a hyperinflationary cycle. One of the indicators of hyperinflation arises when cumulative inflation over a three-year period approaches, or is in excess of 100%.

When applying IAS 29, financial statements will have a two-fold balance sheet with one reflecting historical cost and the other one indicating an inflation-adjusted cost.

But to calculate the inflation-adjusted figure, accountants need an index that reflects the situation obtaining on the ground without misleading the market.

A balance sheet is a statement of the assets, liabilities, and capital of a business or other organisation at a particular point in time, detailing the balance of income and expenditure over the preceding period.

“Basically, the index is key because we hyper inflate the 2018 figures with a certain factor or index to make it comparable to 2019,” one chartered accountant said.At last week’s workshop, accountants discussed the pros and cons of using general price index and exchange rate as their key index.

They highlighted that using price index was noble as it was linked to inflation and also reflected change in general purchasing power.However, the deferment of year-on-year inflation figures was pointed out as a negative to the idea of employing general price index.

“The implementation guideline which summarises what was presented at the workshop will be coming out next week,” ICAZ chief executive Gloria Zvaravanhu told NewsDay Business.

What makes the hyperinflation reporting adoption complex is that some chartered accountants are battling to comprehend the standard as it was never part of their syllabus during training insiders say.

Zimbabwe is listed on countries with projected three-year cumulative inflation rates exceeding 100% by the International Practices Task Force of the Centre for Audit Quality that monitors the status of “highly inflationary” countries.

This is not the first time Zimbabwe has adopted hyperinflation reporting standard. In 2008 it resorted to the same before abandoning it after the adoption of the multi-currency system.
The Zimbabwe National Statistics Agency stopped publicising the inflation data then due to non-availability of price information.