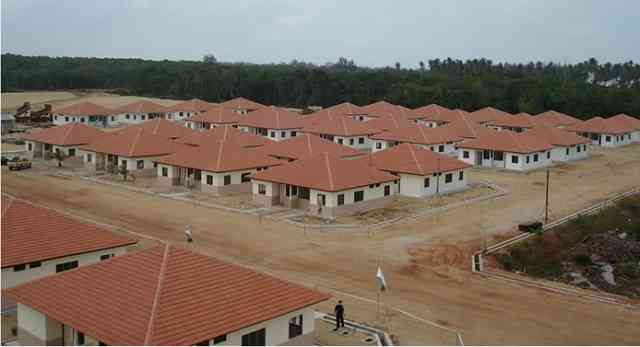 The Infrastructural Development Bank of Zimbabwe says 98% of the first phase of Sumben Housing Project in Harare is now complete.

The project is close to Mount Pleasant Heights, where the lender has been servicing stands.

IDBZ spokesperson Priscillah Zvobgo told NewsDay Business that rehabilitation of an outfall sewer line, which was damaged, was necessary to ensure waste water from the community does not pollute the environment.

“The scope of work for the project included site servicing with roads and stormwater drainage, water reticulation, sewage reticulation and streetlighting,” Zvobgo said.

“Currently, the project is fully compliant with all statutory requirements and is at 98% complete, having passed and achieved partial compliance for water reticulation, roads, stormwater drains, and completion of installation of streetlighting.

“While the sewage reticulation has been connected, it will require rehabilitation of an outfall sewer line which was damaged. This will ensure that the wastewater from Sumben does not trickle into the environment but will be properly channelled to the Marlborough sewage ponds. When this has been done, the partial compliance for sewage reticulation will be issued and thus the project will have a full certificate of compliance.”

She said residents would be given the greenlight once Harare City Council and IDBZ finish rehabilitating the outfall sewer line.

“City of Harare and the bank are currently conducting due procurement processes to rehabilitate the damaged outfall sewer line. When this has been done, the partial compliance for sewer reticulation will be issued and thus the project will have a full certificate of compliance,” Zvobgo said.“The residents will then be allowed to commence construction on their respective stands. We are anticipating this to have been achieved by the beginning of Q1 (first quarter) 2023. The bank issued an update bulletin for Q3 2022 to all bona fide beneficiaries who purchased stands.”

Anxiety had gripped people with stands on the project, with some residents claiming that IDBZ had not communicated for some time.

Some of the anxious beneficiaries raised fear that IDBZ might have failed to secure an environmental impact assessment certificate for the project.

Harare mayor Jacob Mafume confirmed that the project was going on well.

“We have not blocked Sumben. As far as I can see, it’s a model project,” Mafume said.