If you resigned from MDC-T, it sounds a right move

Source: If you resigned from MDC-T, it sounds a right move – The Zimbabwean 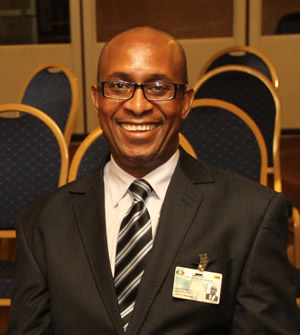 I have read on an internet based publication that you have resigned from the Dr. Khupe led MDC-T. If you did, I think it is a step in the right direction.

I base my argument on contradictions that I have noticed between you and your colleagues, or former colleagues in the MDC-T. One of the contradictions is around the desire to feed from the tax payers’ sweat by some of the leaders in the MDC-T. While you were at pains to express your thinking that you were not in POLAD for tea and biscuits, Nixon Nyikadzino, the secretary-general of the MDC-T was busy preparing a budget of how much money POLAD needed for operational purposes, usurping the responsibilities constitutionally constituted entities such as Parliament of Zimbabwe, most likely with the backing of the Party President, Dr. Thokozani Khupe – how else can the Secretary-General go on to talk to the media about a request for the funding of POLAD without the knowledge of the Party President. It is commendable if your have realised that some of the comrades in the MDCT are hopeless and utterly broke political waifs who are scrounging for a living in POLAD.

The other difference between you and others, especially the Party President Dr. Khupe, is that Dr. Khupe appears gullible, and is too quick to ululate at misfiring leaders. Speaking during a tour of Mnangagwa’s farm, Dr. Khupe is reported having said “I will continue supporting him (Mnangagwa)”, whereas a few weeks after that statement from Dr. Khupe, Advocate Gutu was fuming about Mnangagwa having duped POLAD members after he reneged on an agreement he had made with the group that he was not going to proceed with the evil constitutional amendments which Zanu PF was pushing for. I have not come across a statement by Dr. Khupe to rebuke Mnangagwa for his deceitful actions – how can she rebuke him when she has already publicly stated that she will continue to support him, and when she is expecting that Mnangagwa will divert government resources to fund POLAD?

I wish you good luck Advocate Gutu, whether you have jumped ship or still with the compromised political outfit led by Dr. Thokozani Khupe. Follow your heart my brother Gutu.
Kennedy Kaitano
Background reading for readers and media personnel.