‘I’m not in a sexual relationship with a presidential candidate’: Zim election boss 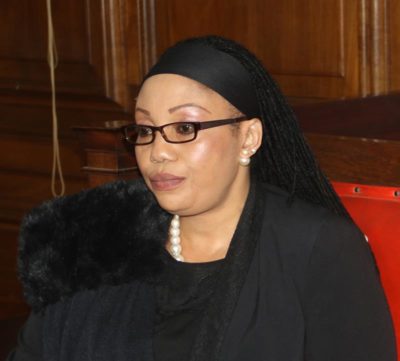 Source: ‘I’m not in a sexual relationship with a presidential candidate’: Zim election boss | News24

The head of Zimbabwe’s electoral commission has denied she is in a sexual relationship with one of the country’s 23 presidential candidates, an allegation that had raised questions over her impartiality.

In a live interview with Harare-based radio station Capitalk Priscilla Chigumba said: “I am not in any sexual relationship or any relationship whatsoever which has the potential or is likely to jeopardise my ability to discharge my functions.”

She told presenter Ruvheneko Parirenyatwa: “To answer you very expressly: I am not in a sexual relationship with a presidential candidate.”

Earlier, former Sunday Mail editor Edmund Kudzayi tweeted that Chigumba should resign because of “a private sexual relationship” that hindered her neutrality as head of the Zimbabwe Electoral Commission (ZEC).

After Chigumba’s denial, Kudzayi persisted with his allegations, alleging Chigumba was in a relationship with a married member of President Emmerson Mnangagwa’s cabinet.

He has vowed to publish a full story on Wednesday.

With elections just two weeks away, Chigumba has come under fire from opposition supporters for failing to ensure transparency over the commission’s work. Public anger against her mounted late last week after it was alleged that police officers in Bulawayo had been forced to vote in front of their commanding officers.

But in Monday’s radio interview Chigumba said her commission had received no complaints from any police officer being forced to vote openly. She defended herself against her critics saying: “I must balance being nice, being liked and simply telling the truth.”

Justice Chigumba must resign from her position at ZEC.

While her privacy must ordinarily be respected, there is a strong public interest argument in this instance where a private sexual relationship fetters the discretion of a judge.

I will publish the full story on Wednesday. pic.twitter.com/m3ByRkWmkR

Really? Must we do this? If she was a man no one would care how many people she’s been with and how many children she may or may not have.

What Justice Chigumba does in private is just that- private. Her private life is none of our business.
I don’t always agree with @ZECzim https://t.co/vFc71DpUkv

Chigumba is telling the truth that she is not in a relationship with a presidential candidate. I never mentioned a “presidential” candidate. Her lover is a married cabinet minister. Let’s talk on Wednesday tipedze nyaya yacho. https://t.co/FduVGpyMAY