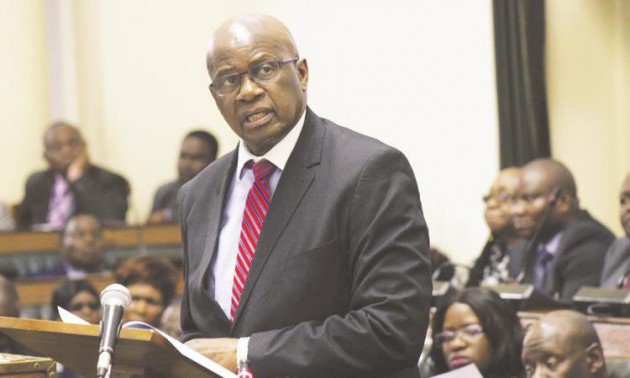 Thupeyo Muleya Beitbridge Bureau
The Department of Immigration has been forced to evacuate its staff from the main building at Beitbridge Border Post after part of the roof curved in over the weekend.

On Monday, border authorities said no one was injured from the incident, which occurred at around 4am on Sunday. It is believed that part of the ceiling in the immigration section gave in due to suspected wear and tear. Assistant Regional Immigration officer-in-charge for Beitbridge Mr Notius Tarisai said the department has improvised cubicles from which they continue to serve travellers.

“At the moment, we are clearing travellers, both arrivals and departures, at cubicles outside the main building. The building is now under maintenance and we hope normal operation will be restored soon,’’ he said.

An estimated 200 000 travellers use Beitbridge Border Post to cross into either South Africa or Zimbabwe per month. But plans are underway to spruce up the country’s busiest port.

Presenting his 2018 National Budget statement late last year, Minister of Finance and Economic Planning Patrick Chinamasa said Government had committed $14,5 million for the project. About $4,2 million will be used to finance the relocation of the Vehicle Inspectorate Department (VID) from the border.

Another $1,2 million was earmarked for construction of a modern border control building, with $2,3 million going towards refurbishment of sewer and water reticulation facilities in the border town.

Minister Chinamasa said $6,3 million would be channelled towards construction of institutional flats to accommodate Government workers and upgrade traffic lanes.