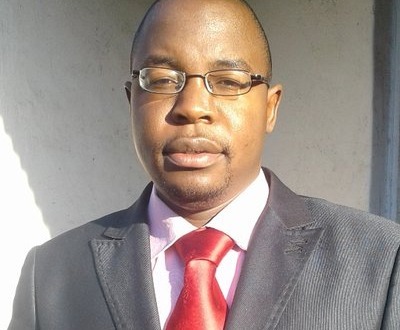 THE balance between protectionism (import restrictions) and trade liberalisation in an economy is a demanding task, yet very imperative to industrial growth.

The phenomenal increase in exports can be attributed to the 10% export incentive from the Reserve Bank of Zimbabwe (RBZ) on all export receipts so as to boost foreign currency earnings.

Protectionism is an economic policy to restrain imports into a country through measures such as tariffs, quotas and regulations. The policy is mainly aimed at protecting domestic industries and markets from unfair global competition or dumping of inferior products.

Protectionism is often regarded as a barrier to free trade, though it is critical in boosting local industrial capacity utilisation, which currently stands at 45,1%.
Trade liberalisation on the other end is the removal or reduction of trade restrictions between nations or regional blocs. This includes the removal or reduction of tariff and non-tariff barriers, such as licensing rules, quotas and other requirements.

The easing or removal of these restrictions is often referred to as promoting free trade as envisaged by the World Trade Organisation (WTO) and a key component of various bilateral trade agreements between Zimbabwe and its regional peers.

After realising that Zimbabwe was becoming more of a “supermarket economy”, where even tomatoes, onions, toothpicks and fruits were now being imported from neighbouring countries and landing at a cheaper cost than locally produced ones, the government passed Statutory Instrument (SI) 64 of 2016 in June of that year.

The effects of the policy are well documented from market shortages, price increases, increased smuggling and widespread demonstrations by cross-border traders who earn a living through selling imported merchandise.

SI 64 poured mud on Zimbabwe’s commitment to free trade within the region under Sadc, as well as the Common Market for East and Southern Africa (Comesa) treaties. Zimbabwe is signatory to a number of bilateral trade agreements with countries such as Zambia, Botswana, Namibia, Malawi, South Africa and Mozambique. The policy was, therefore, widely condemned in the region and retaliatory action had been planned from Zambia and South Africa.

The trade restrictions were later repealed by the passing of SI 122 of 2017. The latter was passed so as to enhance the ease of doing business and control the rate of inflation, which had started to creep in.

However, from time to time, popular brands from South Africa disappeared from the local shelves, only to resurface on the black market.

Abroad, the US government recently caught the ire of its trading partners from the EU, China, Canada and Mexico, after it proposed tariff increases of 25% on all steel products and 10% on aluminium imports into their country.

The US government is somehow justified in protecting American jobs and its economy, but individual steel fabricators (importers) have cried foul, as imports are relatively cheaper than their locally produced steel. The impact of these proposals has been felt on major stocks in iron and steel producing countries.

So the key question, therefore, is which policy is best for our local economy? What level of balance should be struck so as to grow the local industry while maintaining the inflation rate and availability of key products on the local market?

Zimbabwe’s major trading partner is South Africa, which accounts for 41% of the import bill and takes up 80% of the exports produced locally. Though the figures look favourable to Zimbabwe, close analysis of the values involved and the nature of the imports will reveal why our local manufacturers are crying foul.

These products have been the mainstay of local manufacturers since independence in 1980 and their influx in the local economy represent revenue losses for them. The effects spin off to widespread job cuts, low capacity utilisation, tax defaulting, factory closures and a general slump in GDP.

There is no doubt that the import restrictions of 2016 were welcomed by the local industry and they led to the resurgence of certain industrial giants who were nearing closure or in liquidation since the turn of the century.

Capacity utilisation rose from 34% to 47% within one year in 2016. Some of the local producers such as David Whitehead, Merlin, Ziscosteel, Cairns Foods, Olivine, Surface Wilmar, National Foods, Tanganda, Nestle Zimbabwe, United Refineries and Agrifoods owe their current good run to those import restrictions.

Doubts, however, still remain on whether our local producers have capacity to produce the quality and quantities demanded locally at competitive prices. The Confederation of Zimbabwe Industries (CZI) and Zimbabwe National Chamber of Commerce (ZNCC) have sought to dispel those doubts by advocating for the expedition of imports of plant and equipment. Their call is justified, as trade restrictions in the current state of our economy are unsustainable.

The government forex allocations through RBZ should, therefore, be biased towards importation of tools that will bring industrial growth, facilitate technological transfer to local producers and improve export capacity.

Overall import restrictions are largely necessary to Zimbabwe considering the benefits they bring to local producers in agriculture, manufacturing and SMEs sector in the long term.

What is important, however, is to boost the capacity of the home industries that stand to benefit from the same restrictions so that growth is sustainable and beneficial to the entire market.

Import substitution is key for strategic producers in cereals, iron and steel and motor vehicle production. Quality standards and pricing structure follow ups should be mandatory to the same protected entities on a quarterly basis.

This will ensure that the market is liberalised to a level that protects Zimbabwe’s iconic brands while creating healthy competition in the market.

Local producers should, therefore, channel profits towards enhancing production capacity so as to benefit from economies of scale and compete with imported products. Trade restrictions are contentious and are against free trade protocols, as such they rarely long term.

Victor Bhoroma is a business analyst with expertise in strategic marketing and business management aspects. He is a marketer by profession and holds an MBA from the University of Zimbabwe (UZ). For feedback, e-mail him on vbhoroma@gmail.com or Skype: victor.bhoroma1.