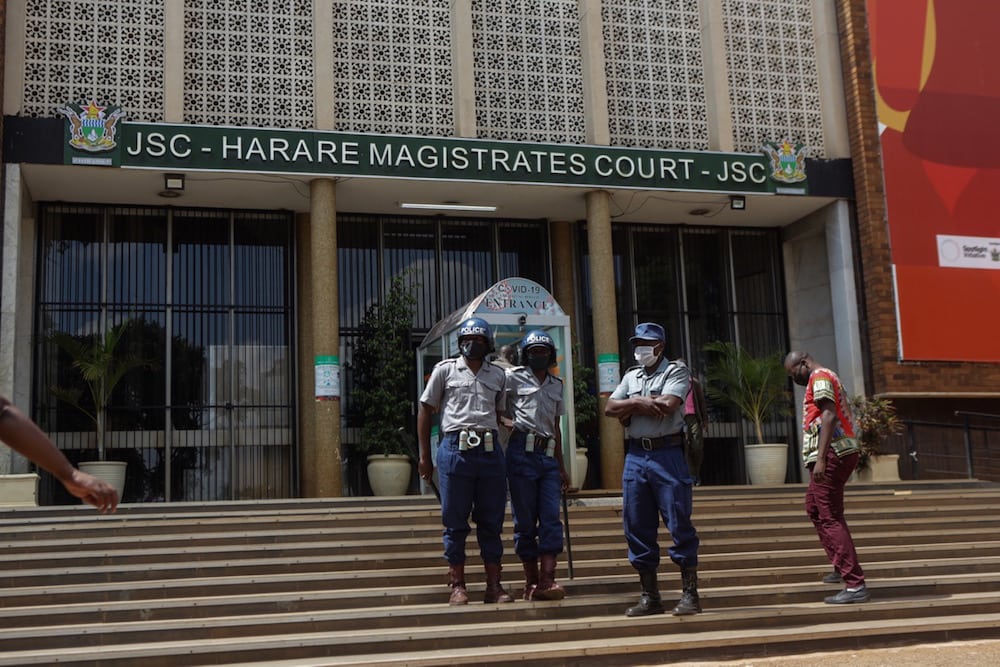 Zimbabwean journalist Jeffrey Moyo is denied bail on the basis that he “poses a flight risk and is a threat to national security”.

This statement was originally published on cpj.org on 2 June 2021.

Zimbabwe authorities should not contest journalist Jeffrey Moyo’s appeal of a recent ruling denying him bail, and should drop the criminal case against him, the Committee to Protect Journalists said today.

On May 31, a court in the city of Bulawayo denied Moyo’s bail request, and ordered him to remain in custody until June 10, according to news reports. Magistrate Rachel Mukanga said in court that Moyo was a flight risk, and agreed with prosecutors that the journalist was a “threat to national security” and that the country’s “sovereignty was undermined because foreign journalists interviewed Zimbabweans,” according to the journalist’s lawyer, Doug Coltart, who spoke to CPJ via messaging app.

Authorities arrested Moyo in the capital, Harare, on May 26 and charged him with violating Section 36 of Zimbabwe’s Immigration Act by allegedly helping two New York Times journalists, Christina Goldbaum and Joao Silva, obtain false media accreditations, according to Coltart and a report by the Times.

If convicted, Moyo could face up to 10 years in jail, according to those reports.

“Zimbabwean authorities should recognize that New York Times freelancer Jeffrey Moyo has not threatened the country’s national security, and should not contest his appeal for bail,” said Angela Quintal, CPJ’s Africa program coordinator, in New York. “It is only because of Zimbabwean authorities’ paranoia about international media coverage that Moyo is facing up to a decade in jail on spurious charges.”

In an emailed statement to CPJ, New York Times spokesperson Danielle Rhoades Ha said the paper was deeply disappointed by the magistrate’s decision and urged the High Court to grant Moyo bail.

Authorities allege that Moyo falsely told immigration officials at Bulawayo’s Joshua Nkomo International Airport on May 5 that Goldbaum and Silva possessed accreditations issued by the Zimbabwe Media Commission, the country’s statutory media regulator, according to a Bulawayo police document requesting his detention, which CPJ reviewed.

The document alleges that Moyo procured fake accreditations for the New York Times journalists, who then received business visas on arrival at the airport on May 5 to work in the country for seven days.

On May 8, police located Goldbaum and Silva in their Harare hotel and expelled them to South Africa after “information was received that they were in Zimbabwe with fake accreditation,” the police document states.

Authorities have also arrested Thabang Manhika, a registrar at the Zimbabwe Media Commission, for allegedly violating Section 36 of the Immigration Act, according to that police document.

The commission alleged that the Times reporters had applied for clearance from authorities to work in Zimbabwe, had been denied, and “had proceeded to come to the country anyway.” It also stated that their names were not included on the media commission’s register of accredited journalists.

Coltart said Moyo was being held in appalling conditions in the overcrowded Bulawayo Central Prison, and said that his wife had been denied prison visits and that Moyo was only able to obtain his own blanket after his lawyers donated one to the prison. He also said that a nurse had slapped Moyo in the face while giving him a test for COVID-19 in detention.

Njabulo Ncube, national coordinator of the Zimbabwean National Editors Forum, a local trade group, told CPJ by phone that Moyo’s arrest and the expulsion of the two Times journalists was “political” and “flies in the face of President Emmerson Mnangagwa’s mantra that Zimbabwe is open for business.”

Information Secretary Nick Mangwana did not respond to text messages from CPJ requesting comment. On May 29, he was quoted in local media as saying, “If a Zimbabwean journalist gets involved in people smuggling and or the corrupting of officials through payment of bribery & they are arrested, there are no Press Freedom issues there.”

Moyo works as a freelancer for the New York Times, Globe and Mail, Inter Press Service, the Thomson Reuters Foundation, and other international outlets, according to his Twitter account.

The Zimbabwe Media Commission replied to CPJ’s emailed request for comment by forwarding the statement published on its Facebook page.