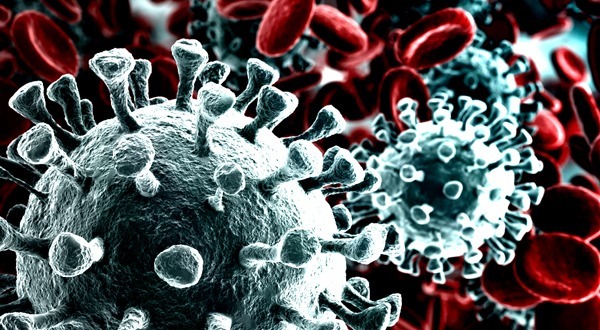 At Harare’s bustling Fife Avenue Shopping Centre, a group of men sit outside a pharmacy waiting for their next potential customer.As a woman emerges empty-handed from the building, they signal her to ask if she got what she needed.

“We can help you look for exactly what you need,” said one of them. “We have anything you might think of as long as you have the money.”Zimbabwe’s health system was in tatters before the COVID-19 outbreak, amid chronic medicine shortages and strikes by health workers over the lack of drugs and poor working conditions. Nurses have been on strike for better pay since June. The coronavirus pandemic has exacerbated the decline.

The country is struggling with its worst economic crisis in a decade, marked by foreign exchange shortages and inflation, driving prices of fuel, medicine and food beyond most people’s reach.

Insulin pens, which normally cost between US$10 to US$14 at pharmacies, now sells for US$18 on Harare’s streets. A vial of insulin, which usually lasts two weeks, now costs US$15, far higher than the normal US$8 to US$10.

With medicine in short supply, smuggling from neighbouring countries like Mozambique, South Africa and Zambia has increased.Several pharmacy owners acknowledged they had resorted to smuggling medicine to remain in business.

“I have no choice but to smuggle in drugs that are near-expiry dates because they will be cheaper for me to bring in the country,’ said a pharmacy owner, who spoke on condition of anonymity.

The reliance on smuggling means shortages of supplies and higher prices. Anesu Rangwani, a doctor at Bulawayo’s Mpilo Hospital, said there were more patients with diabetes-related complications because many could not afford insulin, which is necessary to regulate glucose in the blood.

“It’s a vicious cycle because even when they get the insulin as in-patients they go on to default again on discharge,” Rangwani said. “This is causing unnecessary loss of lives.”
Mirirai Kandelya, a diabetic, said insulin bought at some pharmacies and on the streets was often expired.

“I would have headaches each time I used insulin that I had bought from a certain pharmacy until I realised that the insulin would have expired,” said Kandelya, who often cannot afford to buy insulin.

Efforts by the drugs regulator, Medicines Regulatory Authority of Zimbabwe, to remove medicine smugglers off Harare’s streets have not succeeded in stopping the lucrative illicit trade.
For smugglers, business is booming.

One truck driver, who spoke on condition of anonymity to protect his job, said he made up to US$3 000 in a single trip running medicine for a client.

“Smuggling medicines is what every inter-country driver looks for,” said the driver, who regularly travels to Mozambique and Zambia. “It gives us more money than what we are paid.”
“I have built a house through those dealings,” he added.

A health official, who spoke on condition of anonymity because he was not authorised to speak to the media, said Zimbabwe loses an estimated US$1,5 million a year from the smuggling of medical drugs, a situation that has further weakened the country’s inability to sustain its healthcare system. He added: “There haven’t been actual figures as to how much the country is losing to smuggling of medical drugs.”

The crisis in the country’s healthcare system deepened in recent weeks.

President Emmerson Mnangagwa fired his health minister following corruption allegations involving the procurement of US$60 million worth of medical equipment, while top executives of the country’s five biggest State hospitals were fired as part of a restructuring exercise.

In the midst of the pandemic, State hospitals have been paralysed by strikes by doctors and nurses protesting over low wages and shortages of protective gear, to safeguard frontline medical workers from infection.

The public healthcare system has already been strained by a shortage of doctors, with many having left the country in search of opportunities overseas.
Rich Zimbabweans are able to travel abroad for medical treatment.

The coronavirus has also taken its toll on healthcare workers.

Enoch Dongo, secretary-general of the Zimbabwe Nurses Association, said close to 200 nurses have tested positive to COVID-19. Most of them student nurses left manning public hospitals after their more qualified counterparts downed tools.

With the strike by nurses still on, and more health workers, including specialist doctors threatening to join them, the situation in public hospitals is becoming more dire. But to the smugglers, it’s a boon.

This story was written as part of Wealth of Nations, a media skills development programme run by the Thomson Reuters Foundation. More information at www.wealth-of-nations.org. The content is the sole responsibility of the author and the publisher.

Teachers to protest against govt on anti-sanctions day