Crystal meth use is adding to a cocktail of woes accompanying the coronavirus pandemic – economic hardship, unemployment, poverty and desperation. 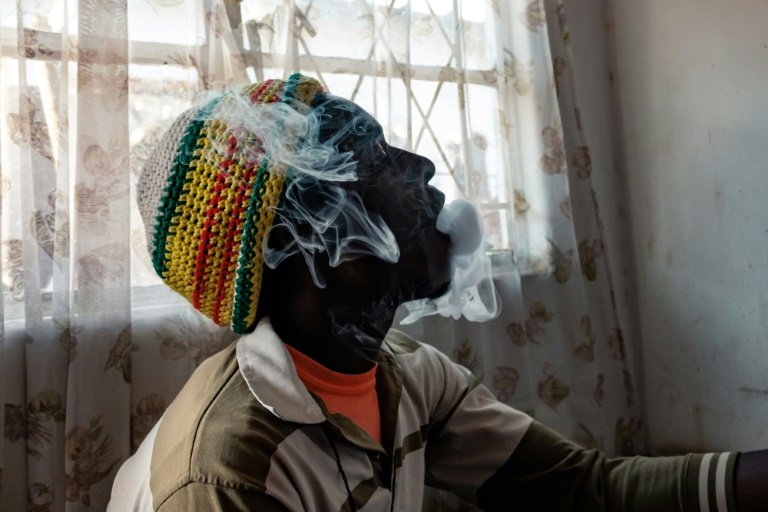 “Doing drugs is a way of healing the pain and stress of being unproductive,” says one meth user

HARARE – A young man carefully dismantles a fluorescent light and empties a small sachet of methamphetamine into the tube.

Using a cigarette lighter, the 24-year-old Zimbabwean heats it until the white crystals liquefy and begin emanating smoke.

Sitting in a room in Glen View, a working-class suburb in the capital Harare, he and a friend inhale the smoke through a straw.

The unemployed agriculture graduate, who has not been named to protect his privacy, started using the drug last year when the country was placed under a hard lockdown.

Everything came to a “standstill”, he says.

“We were at home, had nothing to do, so we ended up taking drugs to forget our troubles,” he said, preparing to take a hit from the improvised pipe.

“Doing drugs is a way of healing the pain and stress of being unproductive,” the lanky fellow said.

“When I take crystal meth, I get lots of energy,” he added.

Crystal meth use is adding to a cocktail of woes accompanying the coronavirus pandemic – economic hardship, unemployment, poverty and desperation.

Psychiatrists say the drug is relatively new in Zimbabwe, and as it costs only US$3 a sachet, it is dangerously affordable.

Half of Zimbabwe’s population — around eight million people – live in extreme poverty, according to a recent study by the national statistics agency, UNICEF and the World Bank.

“There has been an alarming rise in substance abuse, particularly during the lockdown,” said Harare-based psychiatrist Anesu Isabel Chinoperekwei.

More than two-thirds of her caseload is drug-related, while at public hospitals, around 65 percent of psychiatric admissions are linked to drug abuse.

“Crystal meth is a drug which has recently become more available and more widely used” in Zimbabwe, she said, because “it’s cheaper than alcohol and ubiquitous, one can find it anywhere even in the midst of this pandemic.” 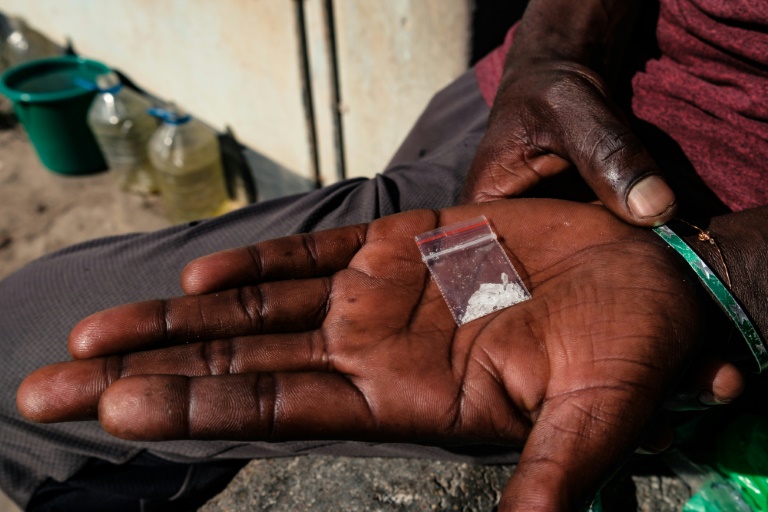 Psychiatrists say crystal meth is relatively new in Zimbabwe, and as it costs only US$3 a sachet, it is dangerously affordable

Police spokesman Paul Nyathi said he believes the drugs “are being smuggled from across our borders,” but declined to elaborate.

Meantime, hospitals are buckling under the strain of crystal meth-addicted patients.

“We are now using more resources to fight crystal meth addiction at the expense of other mental health conditions,” piling pressure on health workers, Chinoperekwei said.

Fears are growing that addiction to meth, known by various names including “mutoriro” or “dombo” — stone in Zimbabwe’s Shona language — could be the country’s newest epidemic.

“Crystal meth is perhaps the only substance that has competed with the Covid-19 pandemic in taking Zimbabwean lives over the past year or two,” a writer remarked recently in the state-owned Sunday Mail.

Authorities are aware of the crisis, which has hit mostly highly populated and impoverished suburbs.

President Emmerson Mnangagwa has warned of the “unbecoming trends” threatening “the fate of our youth”, stressing the urgent need to “redouble our collective fight against this new phenomenon”.

Meantime fatalities are on the rise.

“We have reports of youngsters who have died of overdose,” said Tinashe Chiweshe, an outreach officer with Zimbabwe Civil Liberties and Drugs Network, which organises regular support sessions to help users get off drugs.

Local dance hall artist and recovering addict Mega Jani is playing his part in the war against drug abuse, joining forces with his siblings under the auspices of a group called Mubatirapamwe, meaning “working together” in Shona.

“There is a whole generation being wiped” out by the drug, said Jani’s sister Savannah Madamombe, who visits drug hotspots along with the musician to discourage substance abuse. 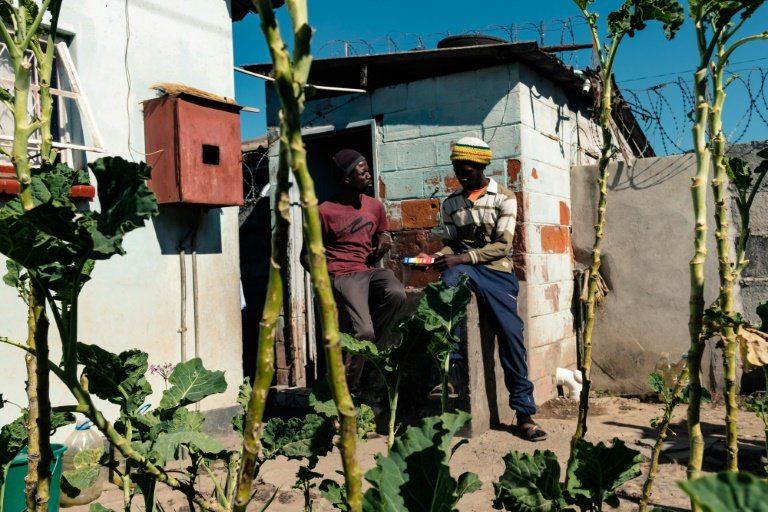 “We have lots of talented youth in this neighbourhood, but all that talent is going to waste due to guka abuse,” she said, using another slang term for crystal meth.

“Children as young as 14 and still going to school are taking the drug.”