A month into its COVID-19 vaccine rollout, Zimbabwe has struggled to surpass the 75,000 mark as some front-line health workers are skeptical about the Chinese-made Sinopharm efficacy rate. 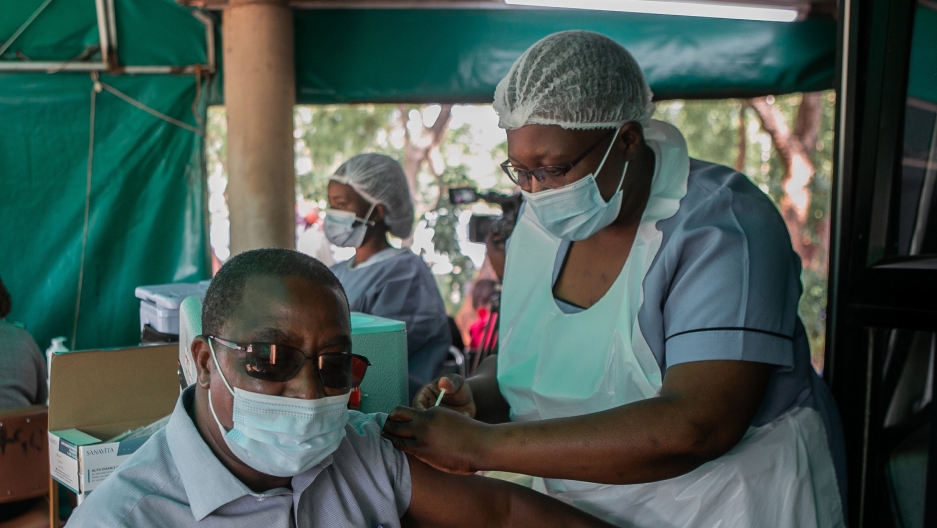 More than a month after Zimbabwe started administering Sinopharm, the Chinese-made COVID-19 vaccine, the country has struggled to surpass the 75,000 mark as some front-line health workers — including doctors and nurses — are skeptical about its efficacy.

After a sharp increase in COVID-19 cases over the last few months, the government is hoping for an uptick in numbers as the vaccination floodgates have now opened to almost everyone.

“There is nothing [wrong with vaccines] and I am feeling good. Eventually, it is going to be another passport. When you go to the restaurant you shall be able to produce [proof of vaccine] and then everybody will be free.”

“I am feeling great. You can see I am dispensing with my work. No problem at all. Perceptions are very difficult to get around them. And some who have very little knowledge but have got quite convincing voices, they take people astray. There is nothing [wrong with vaccines] and I am feeling good. Eventually, it is going to be another passport. When you go to the restaurant you shall be able to produce [proof of vaccine] and then everybody will be free,” he said. 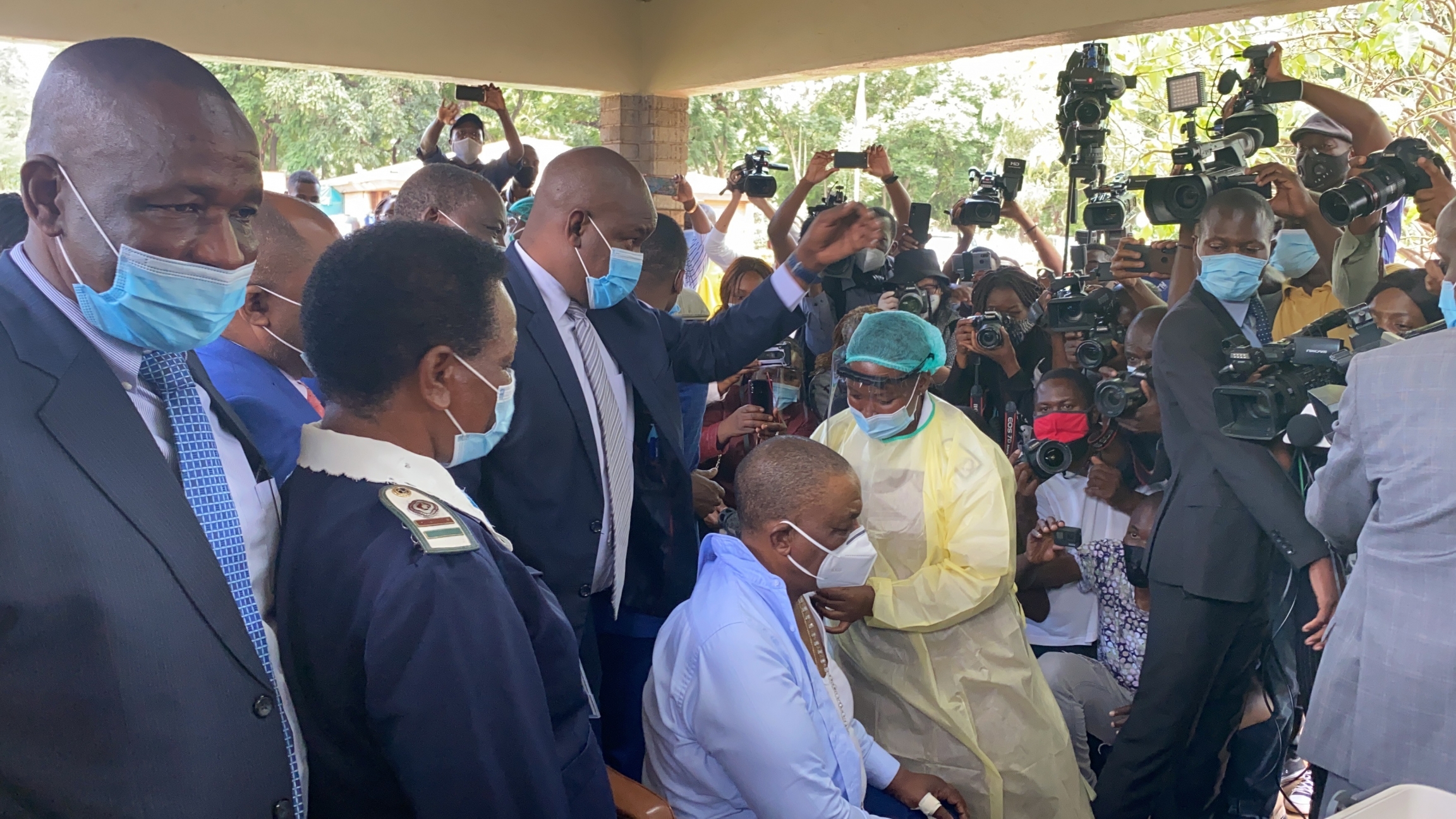 Since February, the Chinese government has donated thousands of Sinopharm and Sinovac vaccines to Zimbabwe, and around the world.

Vice President Chiwenga, who doubles as the country’s health minister, presented a rollout plan to Parliament in February, indicating that the government aimed to vaccinate 49,000 government health workers, about 4,200 medical staff in security services and customs and immigration as well as nearly 7,000 agriculture extension workers.

The government recently opened vaccinations to everyone after notable lethargy among front-line workers.

Dr. Johannes Marisa, head of the Medical and Dental Private Practitioners of Zimbabwe Association, explained why there are concerns about the Sinopharm vaccine among health personnel.

“Sinopharm was in stage three of clinical trials. Many people are worried that it has not yet completed the clinical trials, [and]… are worried about the safety of the Sinopharm vaccine, same with Sinovac,” he said, adding that popular religious leaders known as “prophets” in Zimbabwe have recently expressed vaccine hesitancy. “And remember the followership … — it has a negative impact on the uptake of the vaccine.” 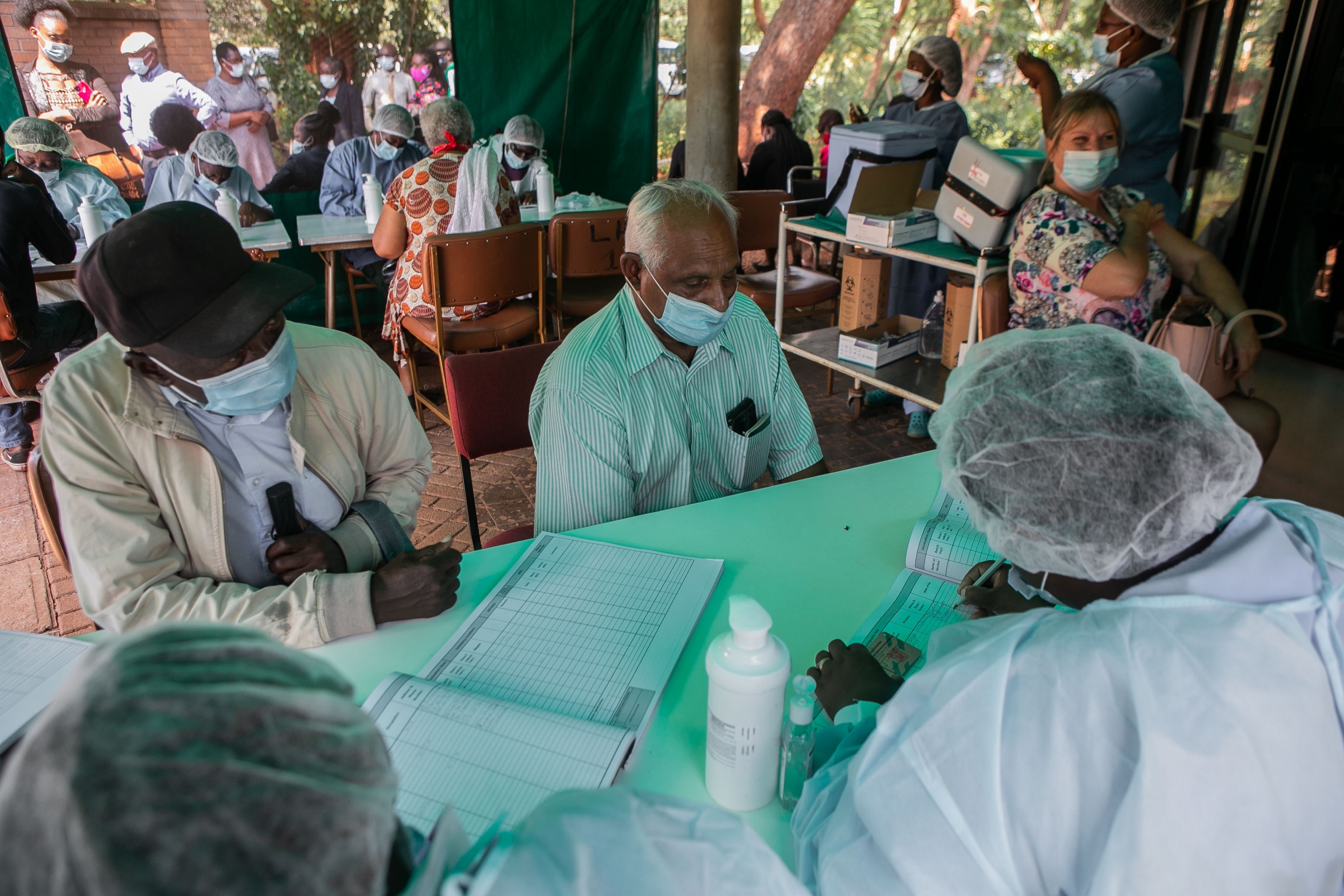 Since the Zimbabwe government opened vaccination to all who want one, there has been an increase in traffic at the country vaccination centers, March 31, 2021, Harare, Zimbabwe.

However, some citizens like Norest Chakarisa, a nurse’s aid, heeded government adverts now flooding the media urging people to get vaccinated.

“I find it very important to get vaccinated so that we can fight this virus together. As a health worker, I should not give this virus to patients and also protect myself from the virus from patients as well.”

“I find it very important to get vaccinated so that we can fight this virus together. As a health worker, I should not give this virus to patients and also protect myself from the virus from patients as well,” he said.

Freelance journalist Leopold Kudakwashe Munhende has been to the country’s main vaccination center several times — but just to report on the program.

“I have very little information about the vaccines themselves,” Munhende said. “I do not know the efficacy rate of any of the vaccines the government is importing. So, at the end of the day, it is just a question of: ‘Go and get vaccinated so that you do not die.’ More of a threat in a way. I will be vaccinated after I have noted my “guinea pigs” who have already been vaccinated, if they are OK, say up to June. Then I think I will get vaccinated then. This is just a personal decision,” Munhende said.

Nearby, a recently wedded 24-year-old nurse carries on with her work but nods in agreement with Munhende. She declined an audio interview but told The World that she heard the Sinopharm vaccine was not good for those who planned on giving birth. Yet, there is no evidence to verify this claim.

Zimbabwe’s government says Sinopharm is 76% to 86% effective. Other governments are waiting for emergency-use authorization for Sinopharm from the World Health Organization.

“Even in Israel, they have successfully implemented this, where people who have been vaccinated and have that vaccination passport can actually go into pubs, supermarkets, restaurants and actually enjoy themselves. So, it’s something that can also be implemented here. We also need to continue [debunking] myths and misconceptions surrounding the vaccines. We also need to rope in influential people to rally behind the vaccine so that more people can get buy-in to wanting to get vaccinated,” Matara said. 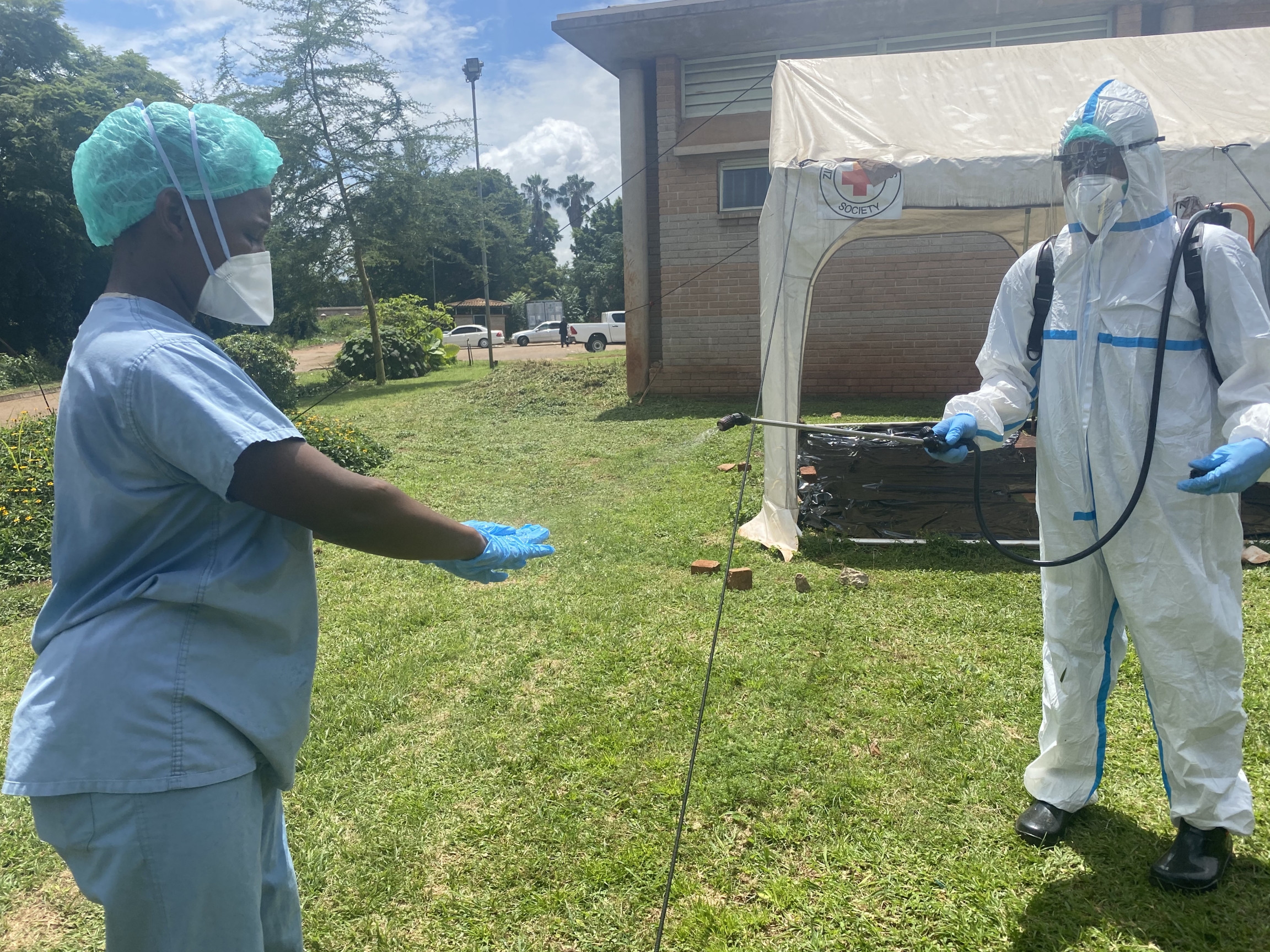 A health official disinfects a colleague at the Zimbabwean’s main vaccination center at Wilkins Hospital, March 31, 2021, in Harare, Zimbabwe.

COVAX — a WHO-led initiative to ensure the equitable distribution of vaccines around the world, will donate 75,000 vaccine doses to Zimbabwe, and some already arrived on Monday from India, which could further increase the vaccination rates.

With the vaccination now open to all who are willing, there is hope that citizens will show up for their jabs and reach that target by year’s end.