In Zimbabwe, WhatsApp takes nearly half of all internet traffic 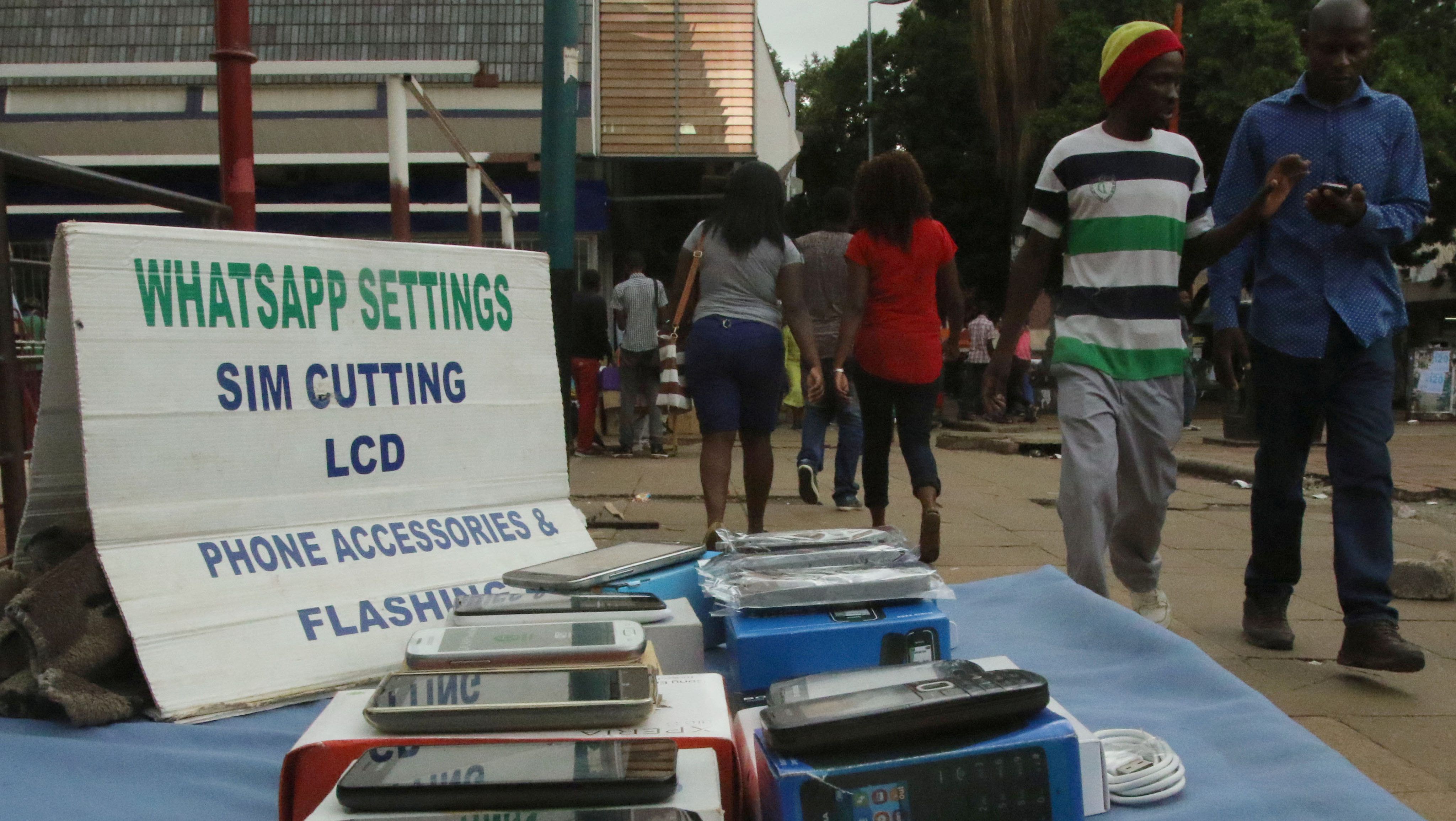 Source: In Zimbabwe, WhatsApp takes nearly half of all internet traffic — Quartz

Promotional WhatsApp and Facebook access bundles, marketed by the local mobile operators, are helping drive up usage of the platforms, according to the regulator, Posts and Telecommunications Regulatory Authority of Zimbabwe (Potraz). It’s one of few African regulators to break down the individual dominance of WhatsApp, which is as popular with consumers as it is controversial for governments in many countries in Africa.

Some countries have tried to block WhatsApp for concerns about political organization and the spread of false or misleading information. Zimbabwe set up a Cyber Security, Threat Detection and Mitigation ministry this month to curb abusive and fake social media. Last year, 11 African governments restricted or blacked out social media, including WhatsApp, during key national events such as elections.

WhatsApp has changed the way Zimbabweans communicate and share information through groups and broadcast lists discussing everything from politics and government to soccer and music.

But telecom companies in Zimbabwe like elsewhere in Africa are not always as excited about the growing prominence of WhatsApp as they receive no direct revenue from the service and it cannibalizes existing SMS and voice revenue.

Mobile companies lost “considerable” voice revenue during the quarter says Zimbabwe’s regulator. Voice revenue accounted for 53% of total revenue in the second quarter, down from 58% in the previous quarter. Mobile data revenue stayed steady at around 21%. However, the mobile firms’ total revenue for the period were 3.2% higher at $185.6 million.

While WhatsApp is most popular used as a text messaging platform it is increasingly used for its voice call feature, particularly for those making international calls. Zimbabwean mobile firms have previously lobbiedthe government to regulate over the top services in the country.

Mobile revenue growth rates have been slowing down in sub- Saharan Africa since 2013 and that trend is expected to continue until the end of the decade—despite a still fast-growing subscriber base.

Across the continent more subscribers have shown a preference to chat and and make voice calls via these platforms like WhatsApp, Skype and FB Messenger. This has led to an “increasing cannibalization of traditional voice and messaging revenues,” according to global trade organization, GSMA.