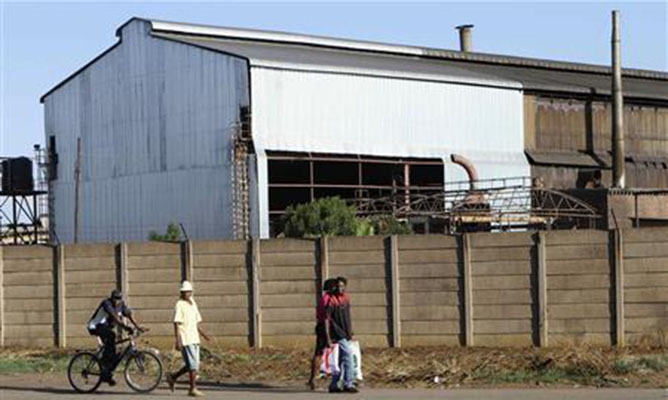 ZIMBABWE’s industry has proposed a raft of far-reaching reforms to be incorporated in Finance minister Mthuli Ncube’s 2021 national budget, including the abolishment of subsidies.
In its proposals to the 2021 budget, the Zimbabwe National Chamber of Commerce (ZNCC) also lobbied against the issuance of Treasury Bills (TBs) for funding subsidies.

“All subsidies should be funded via tax collections. They should be budgeted for as opposed to be being financed via emergency resource mobilisation such as issuance of TBs or Reserve Bank of Zimbabwe interventions,” the ZNCC said.

It added that agricultural inputs subsidies should only be limited to vulnerable households under the presidential inputs scheme and not extended to all small-scale farmers as some of the subsidised inputs have ended up in the black market.

The ZNCC said there was a need to decentralise the foreign currency auction system to banks, which interface with the market better than the RBZ.

“Though there has been a stabilising exchange rate, there is a need for a reduced role of the RBZ in buying and selling forex and have everything done by the market so that the rate is seen to be market determined for more confidence,” the ZNCC said. “The market has to be truly liberalised, RBZ should not influence the exchange rate. As long as the market is not truly liberalised we will continue to have a false equilibrium. Market forces should be left to determine the exchange rate — as long as the priority list is in existence stability is only for the prioritised products that get traded at the auction, but other products that do not make the list are imported from foreign currency sourced elsewhere.”

It said Zimbabwe must promote the dual currency system currently operating, while taking steps to reintroduce the mono currency system. It called for structural reforms to rebuild the economy. The Confederation of Zimbabwe Industries (CZI) said it would prioritise currency stability and market confidence building measures in its submissions.

“The first thing is currency stability, we need an auction system that is efficient and reflects the true value of our local currency,” CZI vice-president Joseph Gunda told NewsDay Business on Wednesday. “Confidence is the pillar on which the market is built upon. The second one is policy consistency which is related to confidence,” Gunda added.

“We have so many people in and outside the country who might want to invest in manufacturing, but they are worried about the market. They will easily invest in a plant if they have assurance that their products will be bought,” Gunda said.

The CZI vice-president said the budget must not deviate from policies that have resulted in stability and called for measures that address competitiveness and stimulate investment.
According to the CZI, expediting the resolution of the public and private sector foreign debt will be important.

“A plan to achieve stability in a single currency environment is necessary for competitiveness. We are not saying let’s go back to the US dollar. A stable local currency is preferable, but the question on how it can be achieved is for everyone to answer. This will put an end to existing arbitrage opportunities,” it said. Zimbabwe Miners federation vice-president Marufu Sithole said the budget must mobilise and set aside adequate resources to ensure gold producers are paid on time. “All we want is to be paid fairly, in full and on time.”