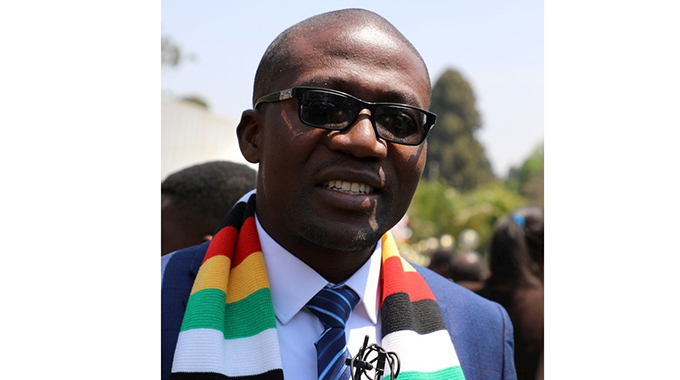 Africa Moyo Senior Business Reporter
New Minister of Industry and Commerce, Mr Mangaliso Ndlovu, plans to introduce a raft of measures including a “robust” industrialisation policy and removing bottlenecks so as to attract more investors.

Minister Ndlovu said this yesterday in an exclusive interview with The Herald Business immediately after taking the oath of office at State House in Harare.

His sentiments dovetail with President Emmerson Mnangagwa’s aspirations of transforming the living standards of citizens and providing them with “decent jobs” to create a middle income economy by 2030.

Middle income economies have a gross national income per capita of between $1 026 to $12 475, according to the World Bank.

Zimbabwe’s gross national income per capita was $910 as at last year.

“I cannot really disclose my plans for now but I am looking forward to having a robust industrialisation policy. I will review what’s there,” said Minister Ndlovu.

“If you are north of 65 (percent) then you know that even those companies are profitable.”

It was a 2,3 percent decline from 47,4 percent, weighed down by high costs of production, and shortages of foreign currency, cash and raw materials.

The decline continued in 2015 when it hit 34,3 percent, amid indications that unrestrained imports of cheap products such as cooking oil and dairy products was taking a heavy toll on locally produced goods, which were deemed expensive due to high production costs.

This prompted the promulgation of Statutory Instrument 64 of 2018, which sought to restrict the importation of products that can be produced locally.

An industrialist and an academic in his own right, Minister Mangaliso, said Government will do everything in its power to address all bottlenecks hindering growth of industrial capacity.

“I am also a bit worried about our competitiveness.

“We need to come up with strategies that can address that kind of challenge because we are not as competitive like we are right now (and) it means our trade balance will always remain constrained, it means we are not able to produce enough for exports and we are continuously importing more.

“So those are some of the areas we need to look into; how can our local industries be capacitated to have competitive products, to have a competitive economy.

“When we take those strides, we are even able to attract investors, domestic and foreign.

“So those are some of the issues, but like I said, at the moment, for me it is to familiarise with what’s happening, what is there, where do we need to supplement, what programmes do we take on because since the new dispensation, we have seen strides being made,” said Minister Ndlovu.

He expressed optimism that President Mnangagwa’s “Vision 2030” is achievable.