TRADERS at a new shopping mall at corner Robert Mugabe and Chinhoyi streets in Harare were left counting their loses after their goods worth thousands of dollars were destroyed  by fire on Wednesday morning.

Police National Spokesperson Assistant Commissioner Paul Nyathi confirmed the incident saying the cause of the fire is not yet known .

“Our teams are on the ground carrying out investigations to ascertain the cause of the fire and the extent of the damage,” he said. 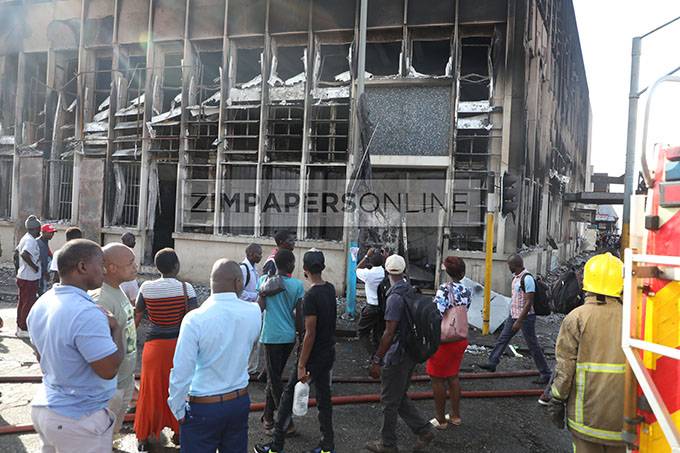 The cause of the fire had not been ascertained by Wednesday afternoon.

Assistant Divisional Officer in the City of Harare’s emergency services department Mr Phillip Marufu said they could not ascertain the cause of the fire because of extent of the damage to the building which formerly housed Agribank.

One trader who had her goods destroyed, Mrs Eunice Makungwa, said she had suffered a huge loss.

“I have a shop in this building and I sell shoes for children. I had stocked my shop with school uniforms in preparation for back to school shoppers. All of that has been destroyed and this is devastating,” she said.

Another shop owner only identified as Angelica said the shop was her only source of income.

“I do not know what to do next. This is where money to put food on the table came from. School fees for my children and the money for their upkeep was generated from this shop.

“I do not know where to start from here,” said the visibly shaken Angelica.